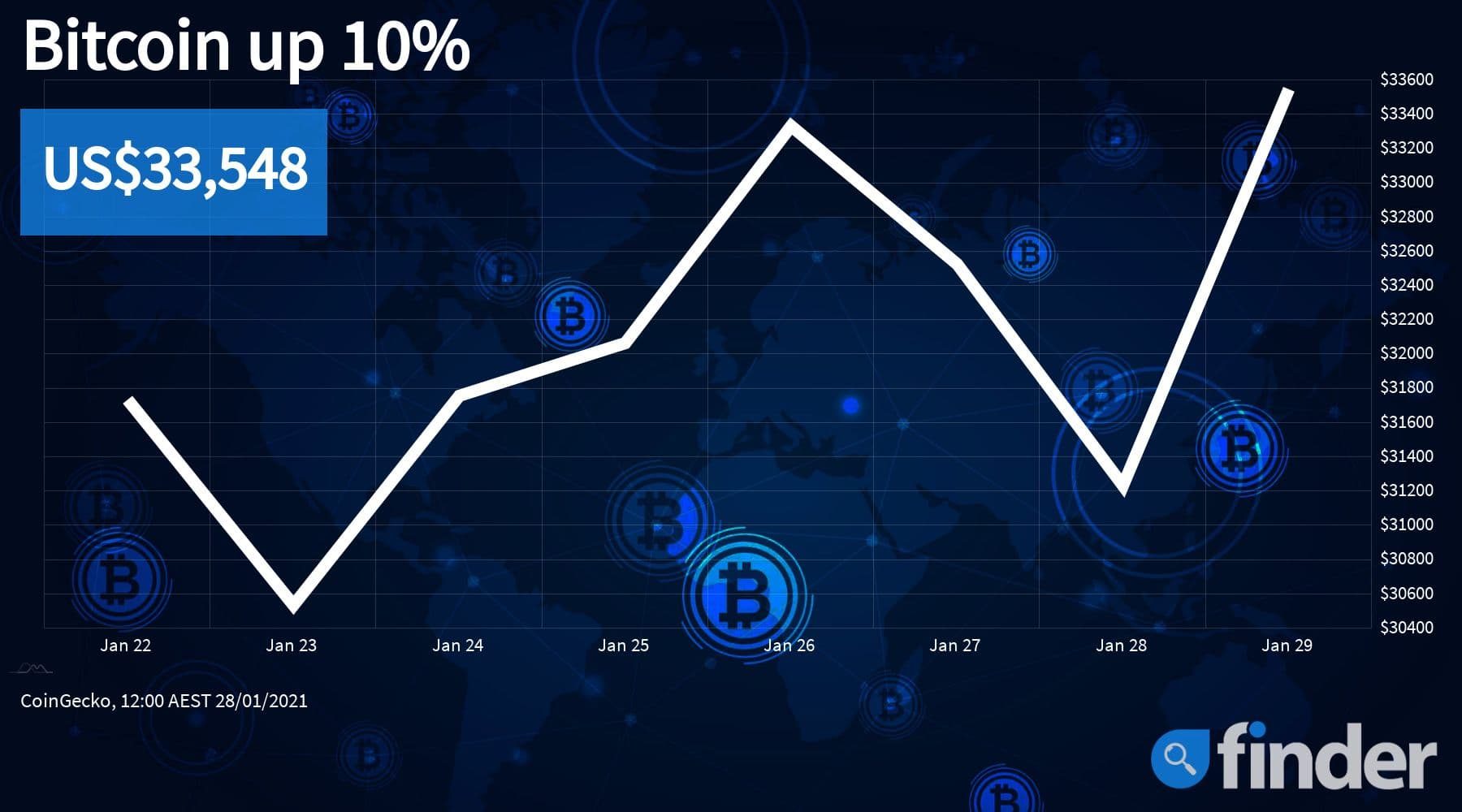 Bitcoin has risen 12% in the 24 hours to $33,548 after Ray Dalio voices his belief in Bitcoin as a gold-like asset

The total market dominance of Bitcoin has risen 2.5% over the last week to 63.99%. This has come at the expense of Ethereum which has lost 1.01% of its market dominance in the same time period.

Its rise comes amid a 400% increase in the spot rate for the meme cryptocurrency DogeCoin. The majority of the market for digital assets are in the green following Bitcoin’s slipstream. Of the top 20 coins by market cap, the top gainers today are Stellar Lumens and Chainlink both up 28%, Tezos up 22% and Cardano at 14%.

Market sentiment is mixed with some established financial institutions bearish on the price of Bitcoin. Guggenheim’s Chief Investment Officer, Scott Guggenheim, claims that a Bitcoin spot rate of $30-35,000 is unsustainable saying that institutional investment in Bitcoin is not “big enough” to “support this kind of evaluation”. Bitcoin price over the past 24 hours showing a steady ascent

Ray Dalio praises Bitcoin in a letter to investors

Ray Dalio of Bridgewater Associates, the largest privately-held investments firm in the world wrote to investors sharing opinions on Bitcoin and its “analogous competitors”, citing it as “one hell of an invention”.

Dalio noted the “rising need” for gold-like assets in light of “all the debt and money creations that are underway and will happen in the future”. Based on this view Dalio declared, “I view Bitcoin as being a gold-like alternative asset.”

In the time since Dalio published those remarks total cryptocurrency market value has increased by over $100 billion to $992 billion dollars underscoring the weight of Ray Dalio’s influence in financial markets.