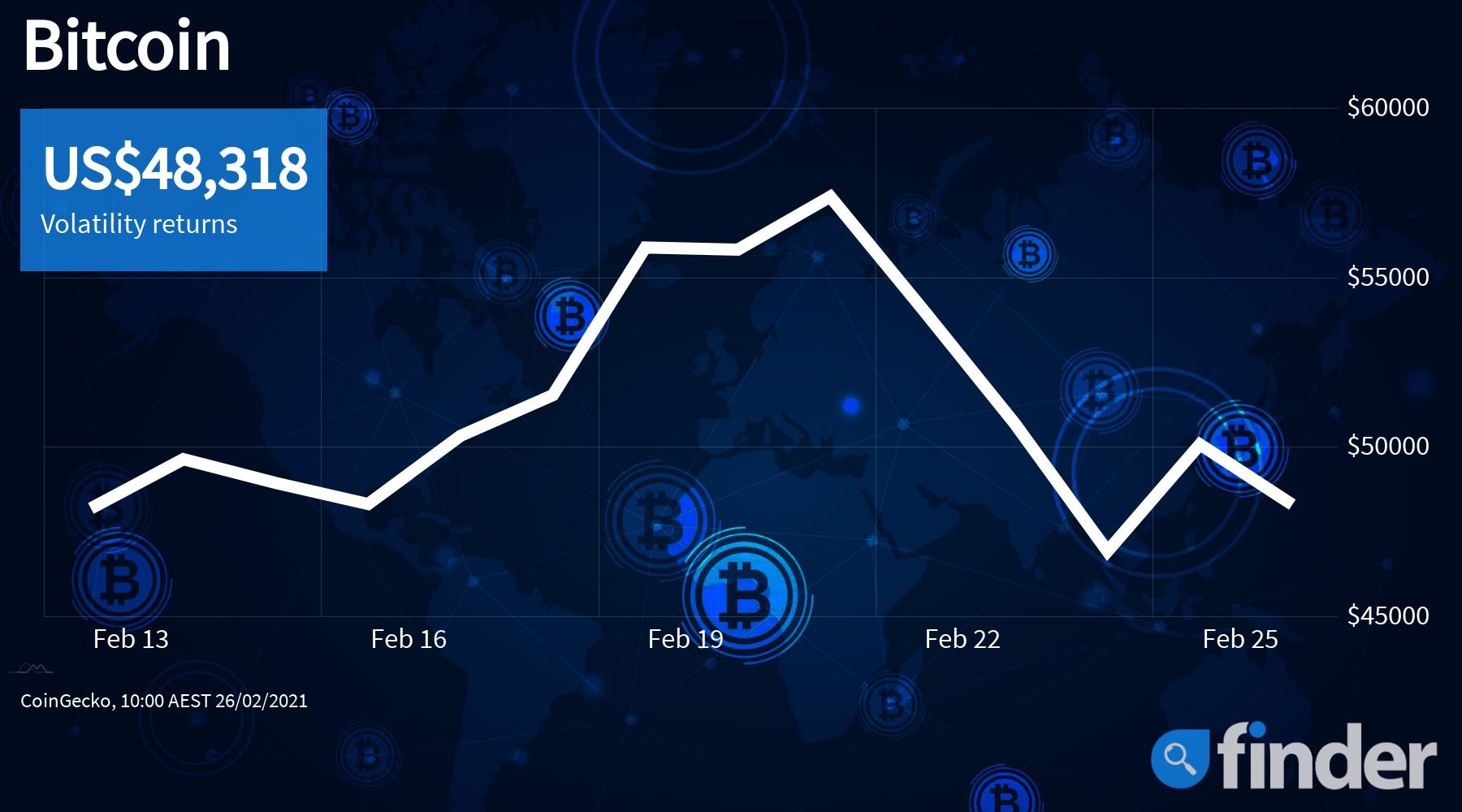 Despite the unsteady price, miners are set to gross record revenues for the month of February.

Bitcoin is trading for $48,318 at the time of writing, down 7.6% on the week, following volatile swings that brought it back down from a fresh all-time high of $58,640, recorded only four days ago.

It has now been over three months since the price of Bitcoin moved past its 2017 high of $20,000 and the maiden cryptocurrency has hardly been below $30,000 since January 2 of this year. Bitcoin’s 15% correction over recent days has been its largest correction since the bull run began back in September.

The 15% correction came soon after Tesla Inc’s CEO Elon Musk tweeted that both Bitcoin and Ethereum “seemed a little high”. However, markets have stemmed the losses and companies like Microstrategy are considering further debt offerings to raise cash for more Bitcoin purchases – despite announcing the purchase of another $1 billion worth only days ago. With another three days left in the year’s shortest month, there will be cause for celebration among miners now experiencing the best and most consistent mining returns in the industry’s short history. Marathon patents group (NASDAQ: MARA) stock is up 630% over the last three months.

Despite the continued success of the cryptocurrency market over the last five months, negative sentiment continues to seam through the debate raging around whether Bitcoin and other cryptocurrencies are a viable store of value.

Charlie Munger, long time associate of Warren Buffet, yesterday said that Bitcoin is “too volatile” to be a reliable store of wealth. Echoing Ray Dalio’s remarks, Munger also mentioned that regulatory uncertainty also means that Bitcoin is unlikely to become a “medium of exchange for the world”.