Bitcoin price recovers but the bloodbath may not be over 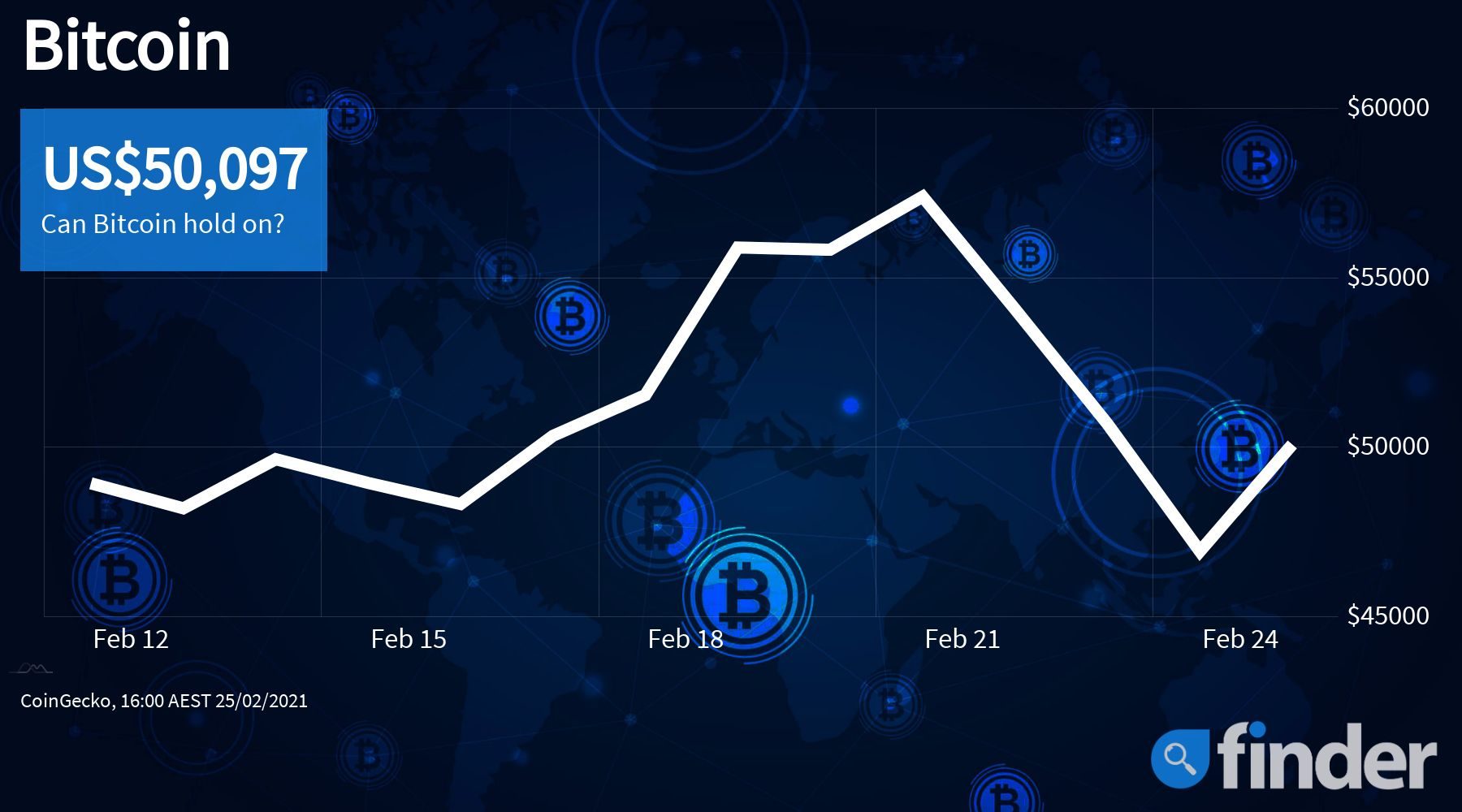 Bitcoin is currently showcasing an average 7-day loss of -4%.

The last couple of days have been hard for the crypto market as a whole, with the industry facing a lot of bearish pressure. In this regard, Bitcoin seems to have been on the receiving end of some insane monetary turbulence, dropping from an all-time high of $58,400 to under the $46,000 mark within a matter of just 48 hours recently.

At press time, the premier digital asset is sitting around the all-important $50,000 psychological barrier, showing increasing signs of consolidation and stability around the price range. The price drop seems to have come in the wake of Tesla CEO Elon Musk commenting that the value of the flagship crypto seemed high in his estimation.

Despite all of the volatility, Daniel Ives, an analyst at Wedbush, a privately held investment firm that has over $2.4 billion worth of assets under management, told CNBC that Tesla’s Bitcoin foray has been the right move for the firm and that the company has already made more than $1 billion off its investment in the cryptocurrency.

Furthermore, in Ives’ view, whether people like it or not, Tesla’s share value is now directly affiliated with that of Bitcoin’s, especially as the tech savant and business mogul has continued to showcase an increasing amount of support for the industry over the course of the last six odd months.

While the last few days have been a bit of a rollercoaster ride for Bitcoin, data made available online recently shows that the currency’s futures trading numbers on the CME have soared since the start of the year. A chart showing the amount of open interest on Bitcoin futures from the Chicago Mercantile Exchange. Image: Skew

For example, between December of 2020 and January 31, the number of Bitcoin futures contracts rose from 11,179 to 17,549, representing a gain of nearly 60%. It bears mentioning that each CME Bitcoin futures contract is worth the value of 5 BTC paid out in dollars, thus in BTC terms, the value of the contracts rose from around 55.9K BTC to 87.7K BTC.

Lastly, it’s worth pointing out that since their inception all the way back in December 2017, CME’s BTC futures offering has welcomed an increasing number of users, with the figures indicating a 2.3X rise between 2020 and 2021.

Dormant BTC whale wakes up from its slumber

In the middle of all the financial turmoil that Bitcoin has been faced with over the last 72 odd hours, a veteran miner seems to have dipped into their Bitcoin stash that had been lying dormant since 2010. As per analysts 100 BTC — touted to be worth more than $5 million at press time — was transferred from two wallets.

The above-mentioned addresses last saw any sort of notable movements nearly 11 years ago when they both received a 50 BTC Coinbase reward each. Over the course of the last six months, both wallets witnessed just two minor incoming transactions worth 0.00000547 BTC. The analysts also revealed that both addresses belonged to the same owner.

Lastly, as per a number of reports, Dubai-based businessman, Khurram Shroff, chairman of Dubai’s IBC Group and widely considered to be the posterchild of the Middle Eastern crypto and blockchain sector, recently stated that he had pledged a whopping $4.8 billion (worth 100,000 Bitcoin) — the largest in history — for setting up the Miami 2.0 Blockchain Strategy Foundation and other similar related ventures.

Not only that, on February 24, Jack Dorsey-led fintech firm Square bought BTC worth $170 million while Microstrategy added another $1 billion worth of BTC to its coffers.