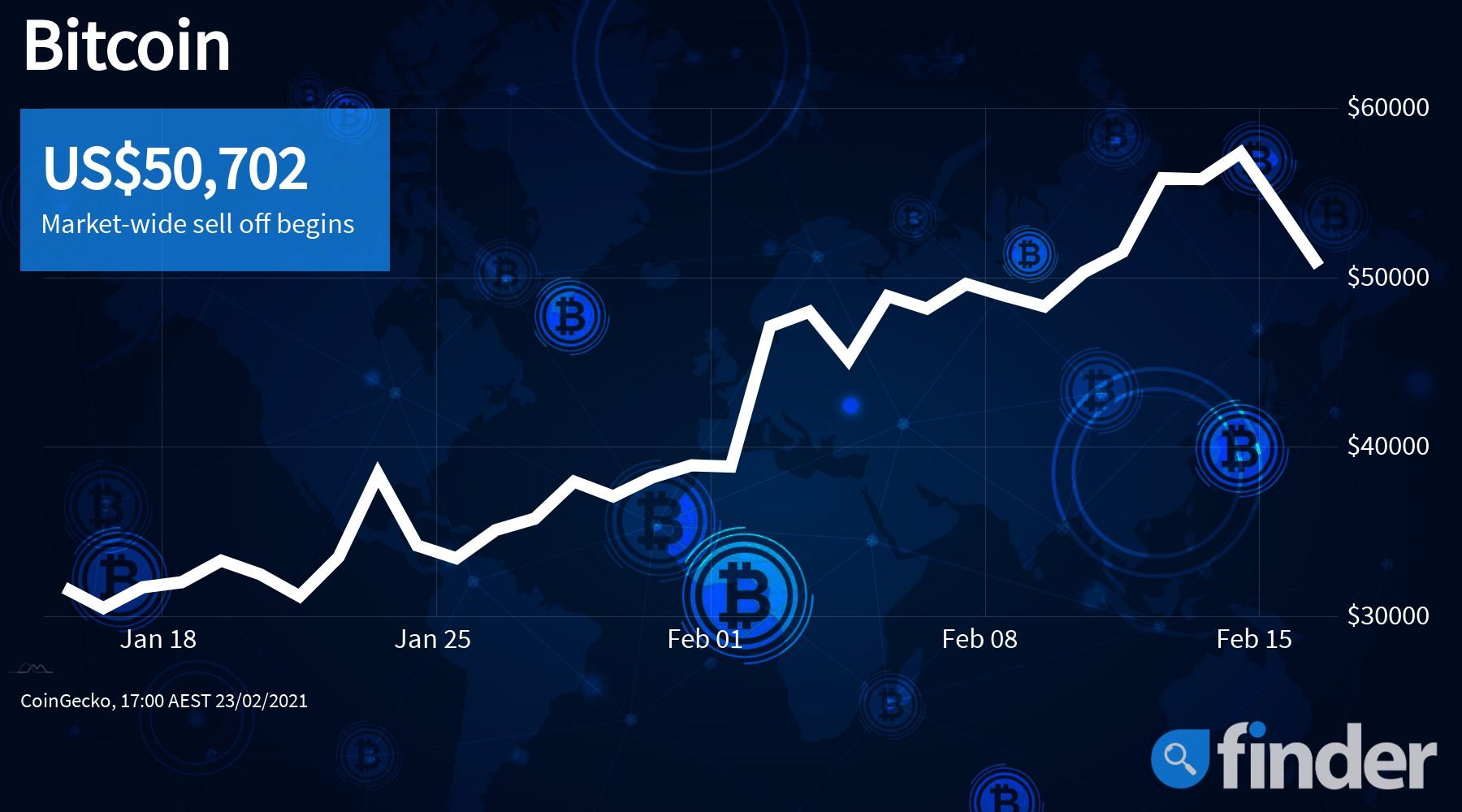 The drop comes in the wake of comments by Tesla Inc CEO Elon Musk that pricing of Bitcoin and the second-largest cryptocurrency by market capitalization, Ethereum, “do seem high.” Musk’s comments have had a material effect on cryptocurrency markets with the price of Dogecoin surging 69% immediately after his tweets.

In the days after that, Tesla Inc submitted regulatory filings in which a $1.5 billion Bitcoin acquisition was announced — turbocharging an already unprecedented bull run on the price of Bitcoin, which had hardly lost ground before reaching an all-time high of $58,640.

With Bitcoin rising near 75% in February alone, Tesla’s equity holding in Bitcoin is estimated to have increased by more than $1 billion since the initial acquisition, which is believed to have been between late December 2020 and early February of 2021.

The broader cryptocurrency market is witnessing a sell-off with 8 of the top 10 cryptocurrencies by market capitalization showing double-digit losses at the time of writing.

The Bitcoin price drop comes amid Bloomberg reporting on a potential exchange listing in the United States for the operator of the world’s largest Bitcoin mine. Northern Data AG is reported to be in talks with Credit Suisse AG on a capital-raising venture estimated to be as high as $500 million according to unnamed sources.

Northern Data AG is the result of a merger between the former Northern Bitcoin and Whinstone US with the company headquartered from the German center of finance, Frankfurt. The company’s largest facility is found in Rockdale, Texas, which despite the present electrical failures usually has world-leading hydro-generated power.

The Bitcoin mining industry is on track to meet some of the industry’s largest monthly revenue for February. In January of this year, crypto miners realized a total of $1.12 billion in income. As of the time of writing, preliminary figures for February show mining revenue on track to reach above the previous month’s.