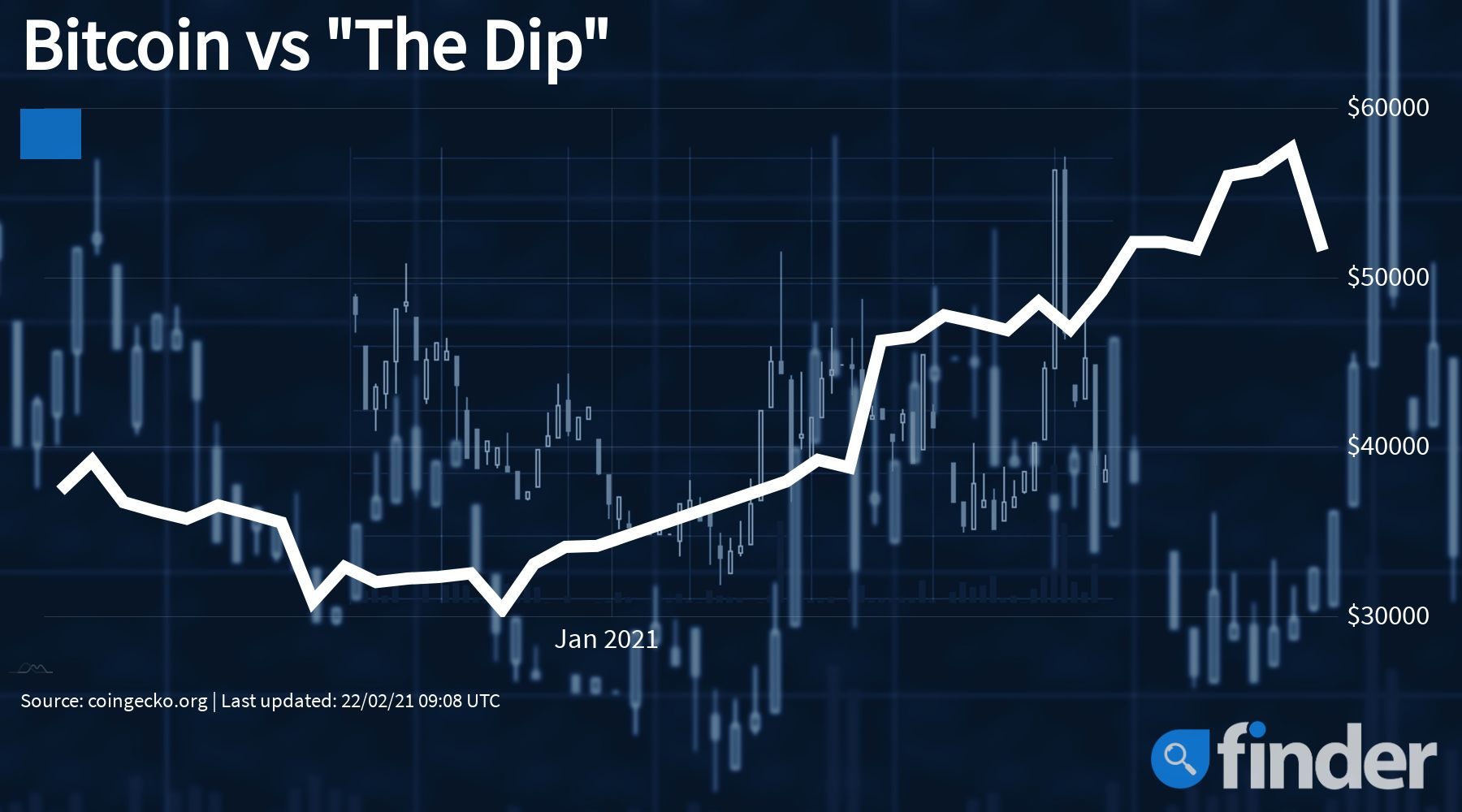 Bitcoin pulled back shortly after reaching a new milestone.

Bitcoin traded at lows of around $51,000 today, courtesy of a vicious drop, followed by a V-shaped recovery that’s still playing out at the time of writing.

The pullback comes shortly after the first time Bitcoin has crossed $1 trillion dollar market cap. Looking back over the last quarter Bitcoin’s market cap has risen over eight times from $188 billion to today’s all-time high of $1.084 trillion.

During the Bitcoin bullrun of 2017 Bitcoin maxed out at $325 billion underscoring the magnitude of this rally.

The strong recovery in play after such a jarring drop suggests that Bitcoin may have room to run yet.

Despite the pandemonium for Bitcoin there are those in financial markets sounding a voice of caution over the cryptographic asset. The New York Times has reported on the President of Federal Reserve Bank of Boston Eric Rosengren, who said he’s surprised Bitcoin has “continued to flourish” this long.

Rosengren went on to say that he believes there will be national digital currencies, pointing to both Sweden and China whose digital currency programs are well advanced. As a consequence of that “over time” he would expect “Bitcoin prices to come under pressure.”

One of the most influential tech companies has announced its intention to release a cryptocurrency mining chip (CMP). Nvidia has announced that it will release an adapted graphics card dedicated to Ethereum based crypto mining called a CMP

Graphics cards (GPUs), popular with gaming enthusiasts, have become a crucial element of the Ethereum and decentralized finance landscape. Over recent months prices for second hand GPUs have nearly doubled and orders for new cards are being limited, with orders being backfilled when available.

GPUs are also the go-to chip for vision based artificial intelligence technologies.