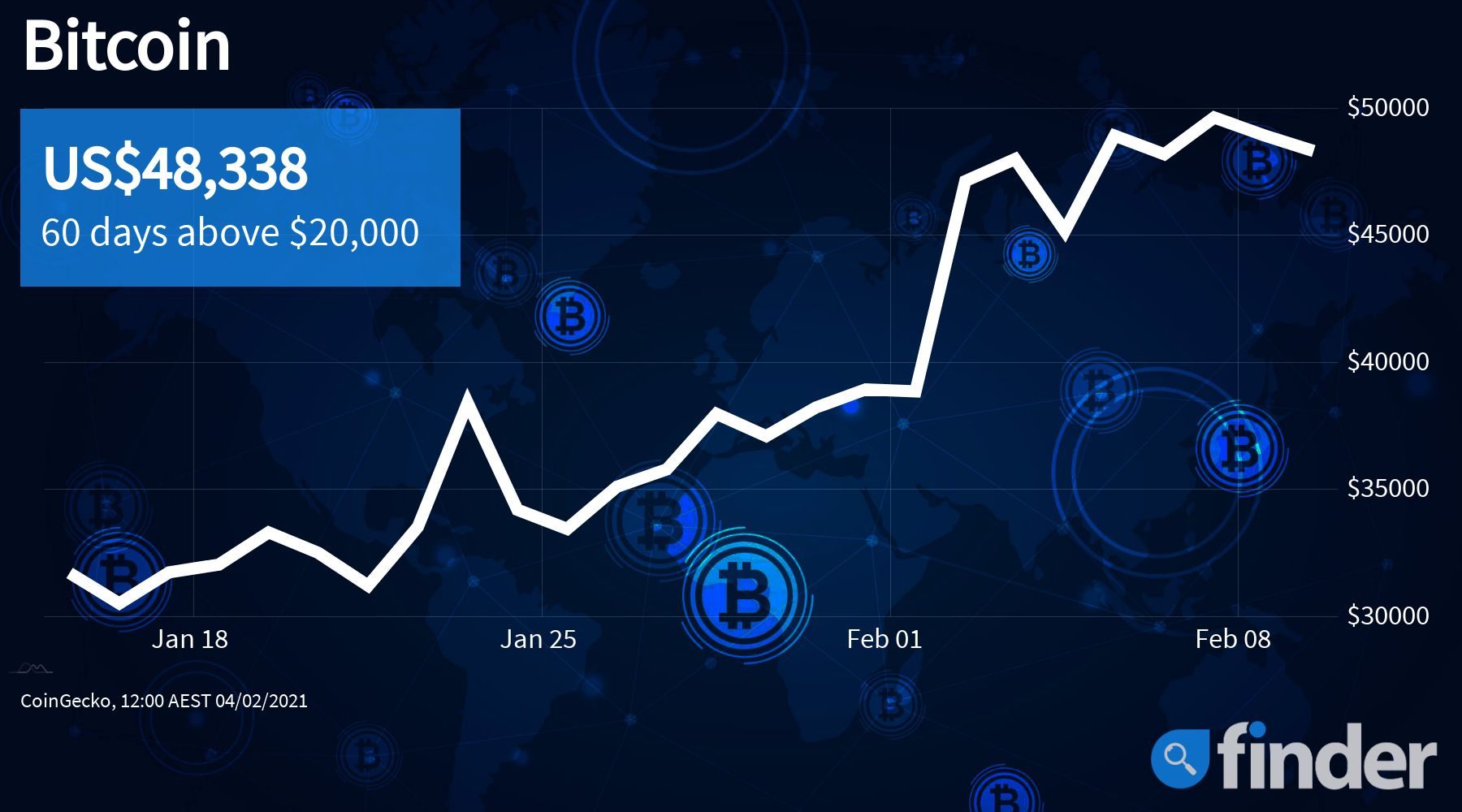 Investors reveal their hunger for Bitcoin as a 6% drop is reversed in less than 24 hours thanks to eager buyers.

Bitcoin is showing sustained demand resulting in reduced volatility and a relatively stable price range for a currency that has been famously unpredictable. Since breaking through its previous all-time high of $20,000 two months ago, the price has managed to stay above that historical threshold. More recently, Bitcoin has managed to stay above $30,000 for the past 30 days.

Following Tesla’s groundbreaking acquisition of $1.5 billion in Bitcoin, price has been sustained above $40,000 with new all-time-highs being set on three occasions since. With many industry heavyweights such as BNY Mellon, Mastercard, Paypal and Visa all moving into digital assets, there is little to suggest waning demand for Bitcoin in the short-term.

The image below shows mining revenue data for the month of February 2021. Both the Bitcoin block rewards and the transaction fees are showing consistent and strong growth. Mining stocks have been gaining over recent months as the price of Bitcoin has continued to build on new highs. Marathon Patents Group (NASDAQ: MARA) is up more than 1,500% over three months at $38.60.

Other miners have experienced similar stock gains with shares in Riot Blockchain (NASDAQ: RIOT) rising to $48.25, up over 1,000% from three months ago when the price was around $3.50. Bit Digital (NASDAQ: BTBT) is also up 500% in the three months to date.

Graphics processing cards (GPU), usually the reserve of computer gamers, are being rationed on distributors’ websites, with only one GPU per household and in many cases at inflated prices. Graphics cards were once used to mine Bitcoin but are now instead used for a range of other cryptocurrencies including Ethereum, Monero and Zcash.