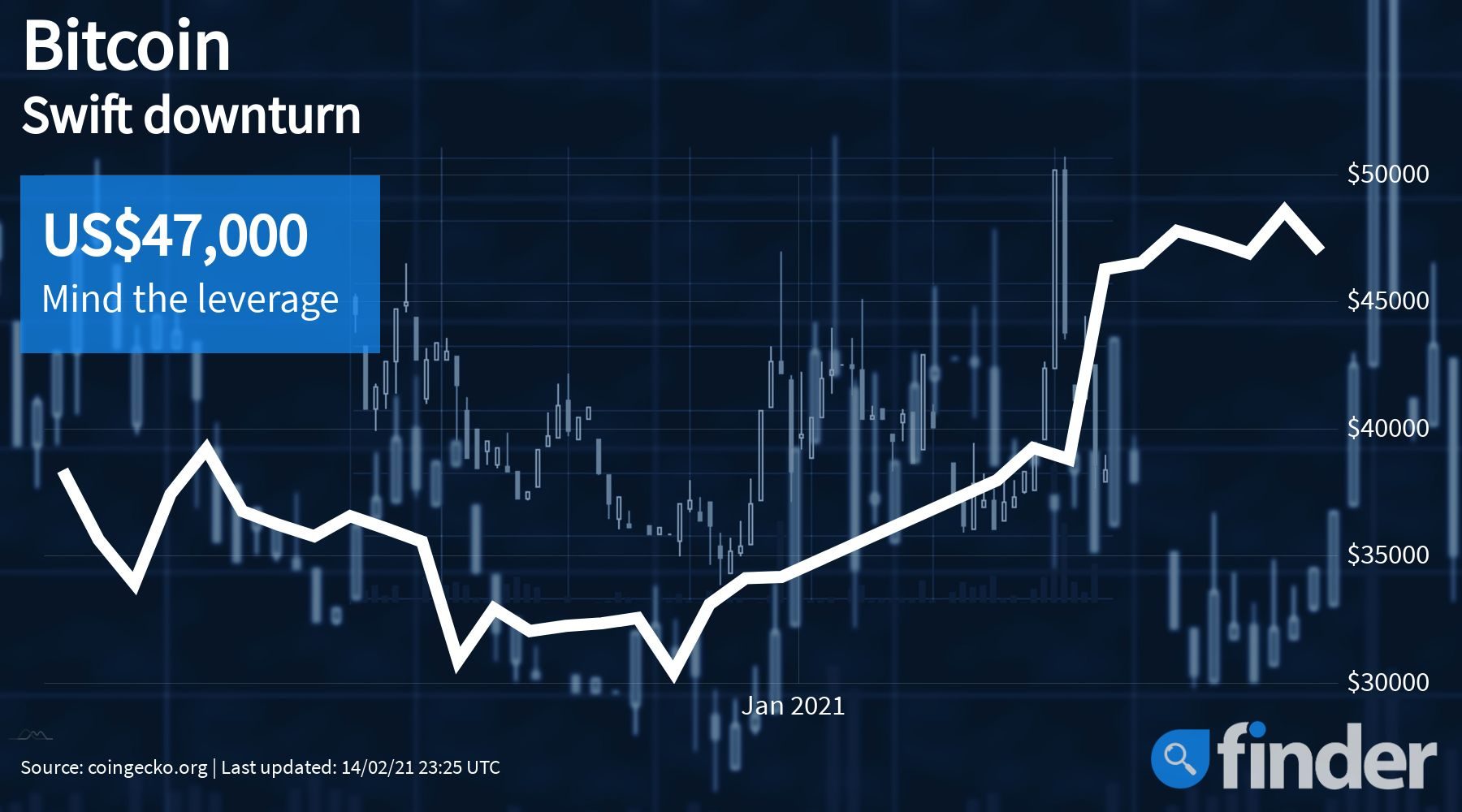 Bitcoin is trading around $47,000 at the time of writing, which is about 5% down from the all time highs it struck over the weekend. The market is eagerly anticipating Bitcoin hitting $50,000 which would be a key milestone for the maiden cryptocurrency.

The correction was followed by a swift bounce, and it appears to have been the result of overleveraged long traders getting caught on the wrong side of the markets.

On the upside, Bitcoin prices are being pushed higher by continual reporting of major financial institutions entering the cryptosphere. Last week Tesla revealed in regulatory filings that the company had purchased $1.5 billion worth of Bitcoin spiking the price of Bitcoin to all-time highs.

The recent push has sent the total cryptocurrency market capitalization to $1.499 trillion according to data from CoinMarketCap. Other technical data for Bitcoin remains strong. For example, total Bitcoin dominance is still around 60% which is down more than 10% since the turn of the year signalling a strengthening cryptocurrency market.

The image below shows total outflows for the past 30 days of transaction data according to data released by FlipSideCrypto. 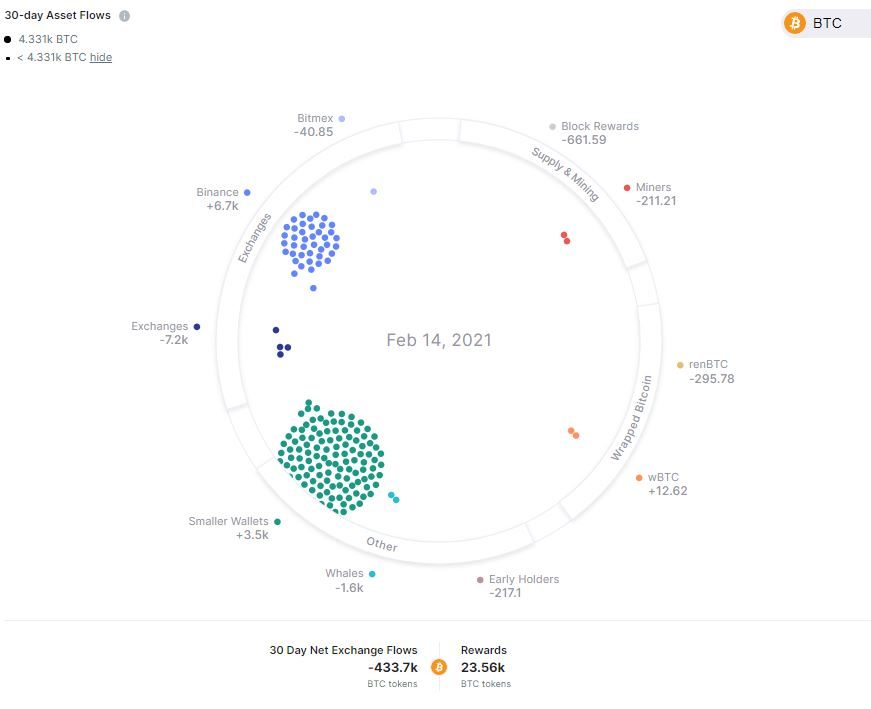 As we can see the ball attributed to smaller wallets is one of the larger groupings of overall transactions, with high inflows over the last 30 days. This shows that retail investment could be on the rise indicating positive growth prospects. One of the few trends indicating price growth for Bitcoin is the rate of adoption among retail investors.

However, retail uptake of Bitcoin could be in for a significant hit with rumours swirling that India is set to ban private cryptocurrencies outright. China banned ICO’s in 2017 and cryptocurrency mining in 2019. Both events made a negative impact on cryptocurrency markets.

What this will mean for Bitcoin in the short to medium term is that the price could be negatively affected. In addition to that, it cannot be ruled out that stricter crypto regulations could be enacted in Western countries following the IMF’s call for global crypto regulation and the current United States Treasury secretary’s opposition to Bitcoin’s potential for money laundering.