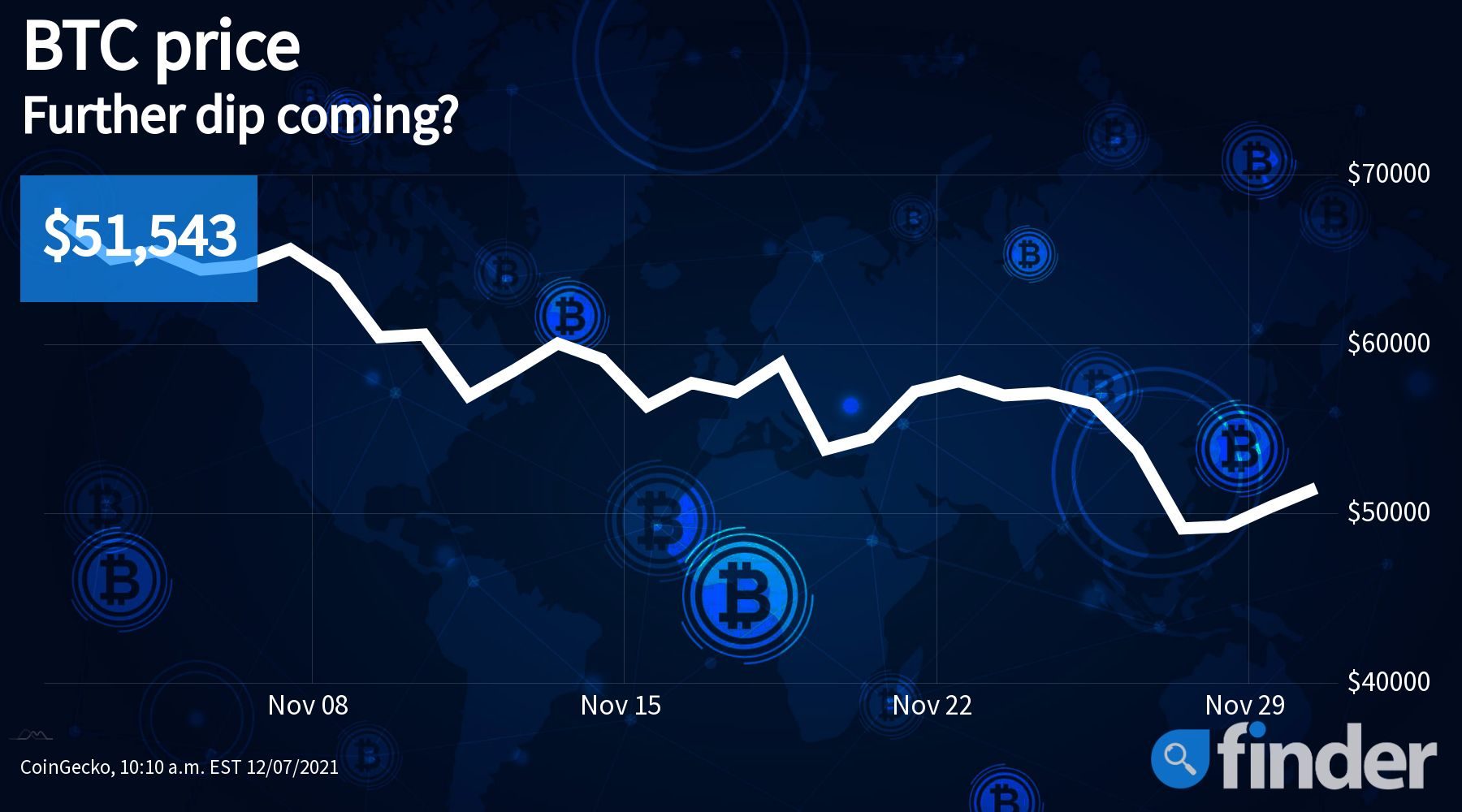 As a result of the negative price movements observed marketwide over the last 72 hours, Bitcoin’s fortnightly losses have now risen to 17.2%

After accruing solid support around the $56K range recently, Bitcoin (BTC) plummeted quite heavily. The world’s largest cryptocurrency by total market capitalization dipped as low as $45K, only to rise shortly after. At press time, BTC is trading at a price point of $51,543.

Commenting on the development, Moskovsky Capital’s chief investment officer (CIO) Lex Moskovski noted that there may be another drop on the horizon before Bitcoin starts to make an upward push once again. He further pointed out the market as a whole is in a period of consolidation, stating that $50K is an all-important support level that investors need to bear in mind before making any further business moves.

Independent analyst Rekt Capital also believes that despite its poor showing over the last couple of days, BTC is still exhibiting reasonably strong fundamentals, with its most recent dip being quite similar to the ones witnessed earlier this year.

Uncertainty to linger on?

Bitcoin’s current showing has completely wiped out all the gains registered by the flagship cryptocurrency over the last couple of months, during which BTC soared to an all-time high of $69,000. That said, pseudonymous analyst TechDev noted that a similar trend with Bitcoin’s price action has pretty much played out every year during its decade-long existence.

More bearish uncertainty might be witnessed in the near term too as United States regulators look to tighten their noose over the country’s local digital asset market. The CEOs of many top crypto trading platforms such as FTX and Binance US are being convened for an upcoming senate hearing session.

More adoption may be incoming

As per reports, the Zimbabwean government may be looking to follow in El Salvador’s footsteps by legalizing the mainstream use of Bitcoin within its borders.

Retired brigadier colonel Charles Wekwete is the permanent secretary and head of the office of the president and cabinet’s e-government technology unit. He stated that talks are currently underway to develop a framework that would allow citizens to make use of crypto assets while being protected from a range of financial problems related to unregistered cross-border transfers, money laundering and others.