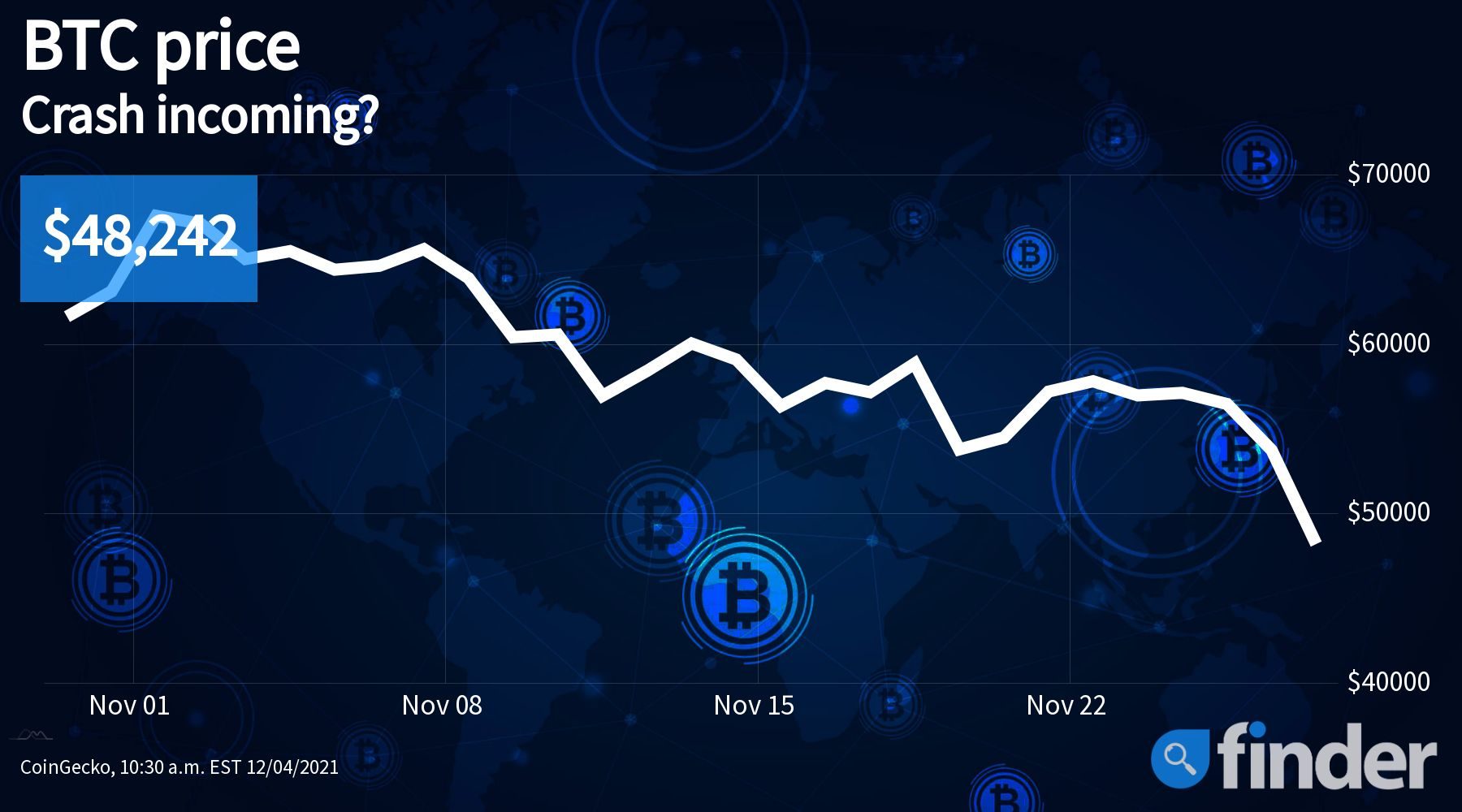 This ongoing slip seems to be driven by many factors, with the recent discovery of the Omnicron variant being one of them. Not only that, a little over a week ago, the US Senate Banking Committee chairman revealed that the government agency will seek out certain information from stablecoin issuers and exchanges. This comes after the President’s Working Group on Financial Markets released a report suggesting that stablecoin issuers need to adhere to the same federal laws as banking institutions.

Another reason why Bitcoin could be underperforming could be the US SEC’s recent rejection of asset manager WisdomTree’s spot Bitcoin exchange-traded fund (ETF). The disapproval comes after the regulatory body had already delayed its decision several times throughout 2021. The SEC’s decision emanates from the fact that the offering was not able to satisfy its existing listing rules — especially those where the commission would be able to ascertain certain data that would allow it to “detect, investigate and deter fraud and market manipulation.”

Ethereum a better store of value than Bitcoin?

As per a paper authored by researchers at Australia’s Macquire University, Ethereum has officially become the world’s “first deflationary currency,” and that it is on track to becoming a much better long-term store of value (SOV) when compared to Bitcoin. According to the study, following Ethereum’s recent EIP-1559 upgrade — which was a part of the larger and more comprehensive London Hardfork — more than a million ETH has been burned from the altcoin’s existing circulatory pool.

The researchers claim that transaction fees (>50%) associated with each of the 12,000 odd Ethereum tokens being minted daily are now being burned, a fact which, when coupled with ETH’s growing demand, should result in the digital asset surging past Bitcoin in popularity as an SOV.

Microstrategy CEO Michael Saylor recently challenged the assertions made by the above-stated research paper. He opined that when it comes to network hash rate security, Bitcoin is infinitely superior as well as dependable when compared with ETH — especially given the former’s unchanged supply and infrequently changed protocol. On November 29, Saylor revealed that his firm had acquired an additional $414 million worth of Bitcoin.