Bitcoin gains 6% in less than 12 hours: Could this be the start of another bull run? 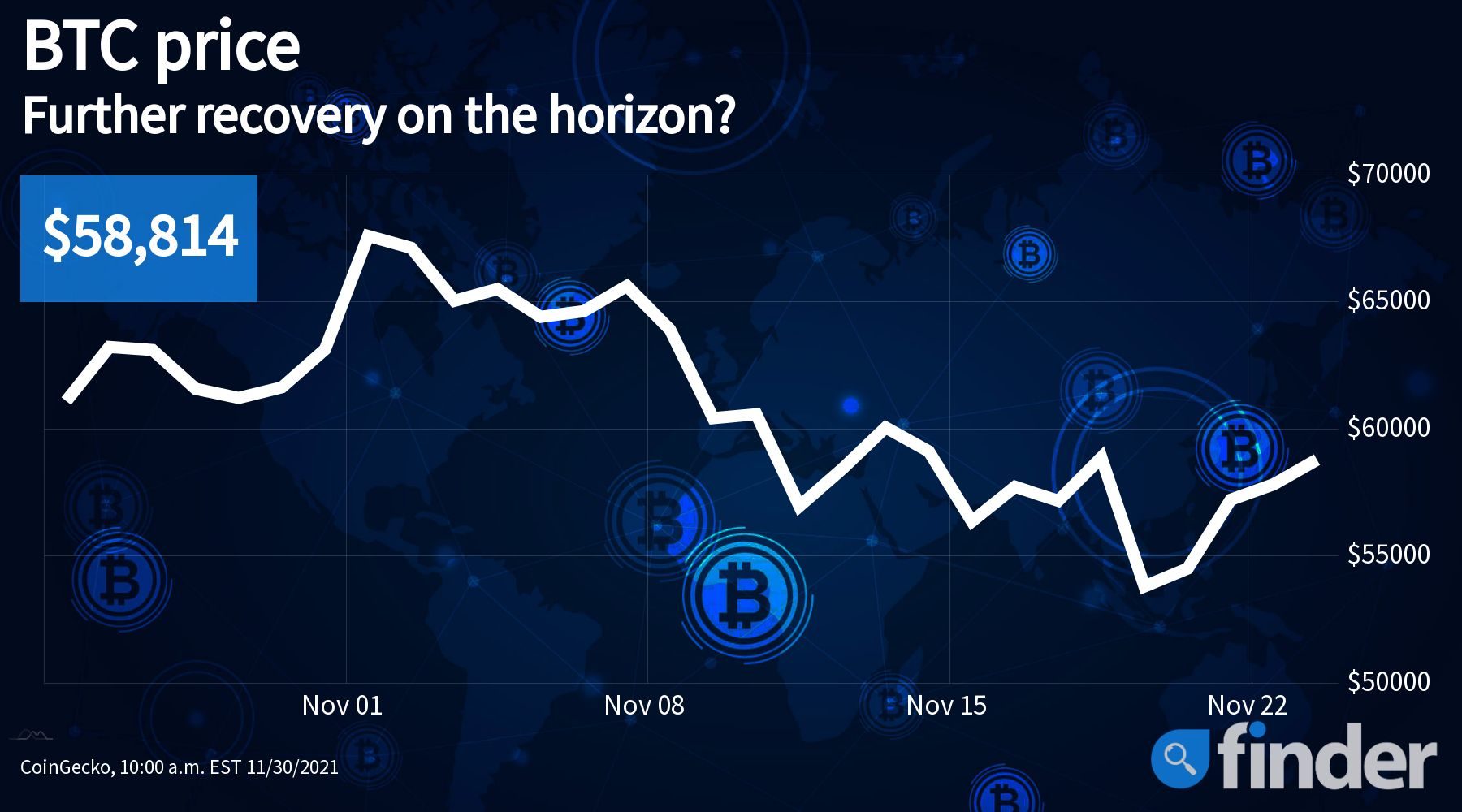 After hovering close to the $53K mark for nearly three days straight, Bitcoin (BTC), the world’s largest cryptocurrency by total market capitalization, has started to climb over the past 24 hours. At press time, Bitcoin is trading for $58,814.

Amidst these falling prices, Salvadoran President Nayib Bukele revealed that his government had gone forward and bought an additional 100 BTC for a discounted sum of around $5 million. Bukele announced the decision shortly after it came to light that a new variant of the COVID-19 virus had been detected in South Africa.

In all, the El Salvadoran government now has a total of 1,220 Bitcoin worth approximately $70 million in value. Furthermore, over the last few months, Bukele has set into motion a number of initiatives centered on mining and adoption to help spur the use of crypto within his nation’s borders. The government is also in the process of devising infrastructure to support a state-issued Bitcoin wallet called Chivo.

Since reaching its all-time-high value of $69K on November 10, Bitcoin has fallen by over 20%, only to make a sharp recovery in the last few days.

Singapore-based Fintonia Group, which is regulated by the Monetary Authority of Singapore (MAS), announced the launch of two institutional-grade Bitcoin funds: the Fintonia Bitcoin Physical Fund and the Fintonia Secured Yield Fund. These funds are meant to provide investors with direct exposure to Bitcoin in a simple and streamlined manner.

The offerings, much like mutual funds, are open-ended but are only available to accredited investors at the moment, the company’s founder Adrian Chng told a media outlet recently. While the Fintonia Bitcoin Physical Fund is meant to allow investors to gain exposure to Bitcoin, letting them buy, store and sell large amounts of the cryptocurrency, the Fintonia Secured Yield Fund is meant to provide its users with access to private loans accrued via the use of the flagship crypto.

Talking about BTC’s near-term price action, Alex Mashinsky, founder of crypto lending platform Celsius, tweeted that even though a retest of the $53,000 resistance is a possibility, a bounce back to the $70,000 range could very well be a possibility for Bitcoin over the next few weeks.