Bitcoin price is dipping: Here’s the next target to keep an eye on 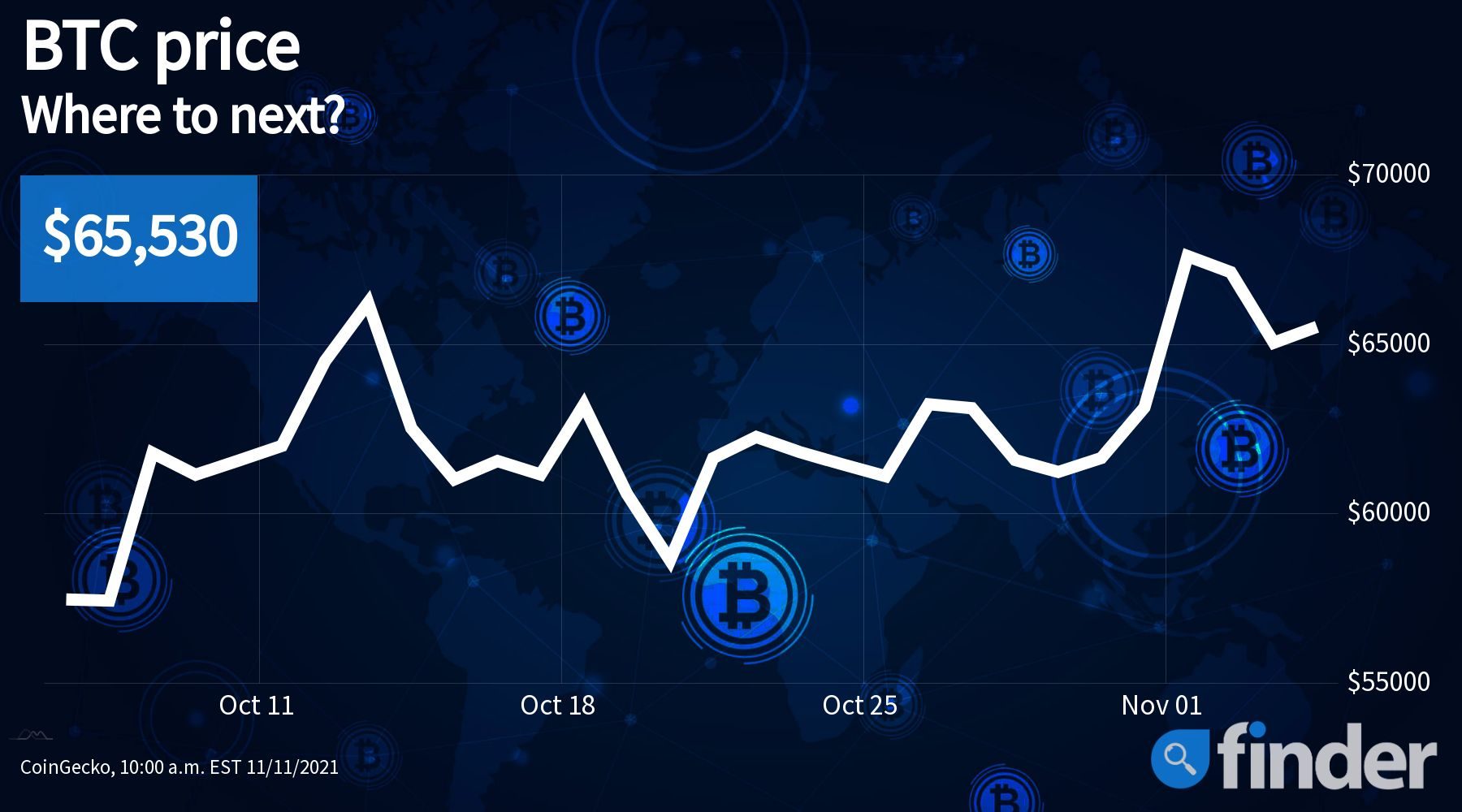 Despite yesterday’s volatility, Bitcoin’s fortnightly gains continue to stand at an impressive 10%.

Just when analysts were projecting Bitcoin (BTC) to smash past the $70,000 resistance zone, it proceeded to show signs of a major correction. The flagship cryptocurrency dropped from its all-time high value of $68,640 to around $65,332 within a matter of hours. At press time, BTC is trading at a price point of $65,530.

On November 7, Bitcoin was sitting comfortably near the $62,000 threshold. However, over the next 48 hours, the digital asset proceeded to pump and gain nearly 12% in value. As a result, independent analysts like Pentoshi declared that BTC was all set to make a massive run, adding: “BTC highest weekly close ever after consolidation. We are clear for take-off.”

Pseudonymous crypto pundit filbfilb believes that there is a massive sell wall currently in place around the $70,000 range, something that may be causing the digital asset to show increasing volatility. He noted that despite the recent heavy accumulation being carried out by whales, a number of smaller players have continued to book profits for themselves, causing BTC to fluctuate wildly between $66,000-$85,000.

If Bitcoin breaks past its all-important $70,000 resistance, there is a chance that it could witness more upside in the near term, potentially taking the cryptocurrency close to a price point of $98,000 by the end of 2021.

Bitcoin’s ongoing ascent has closely mirrored its impressive performance witnessed back in 2013 and 2017. This has led SkyBridge Capital CEO Anthony Scaramucci to recently proclaim that, despite any ongoing uncertainty, a price target of $70,000 is definitely on the horizon for Bitcoin. He added: “Large institutional demand has finally arrived. Trying to get in orders before 2022.”

Scaramucci’s conviction is grounded in the fact that, as we head into 2022, an increasing number of Bitcoin ETFs (exchange-traded funds) will continue to make their way into the market – with two having already been greenlighted by the US Securities and Exchange Commission recently.

As fears of inflation continue to mount globally, BTC’s appeal as a hedge has continued to increase, as is highlighted by the fact that the currency’s market cap has already reached approximately 11% of gold’s total cap. Thus, it will be interesting to see how the future of the market as a whole plays out.