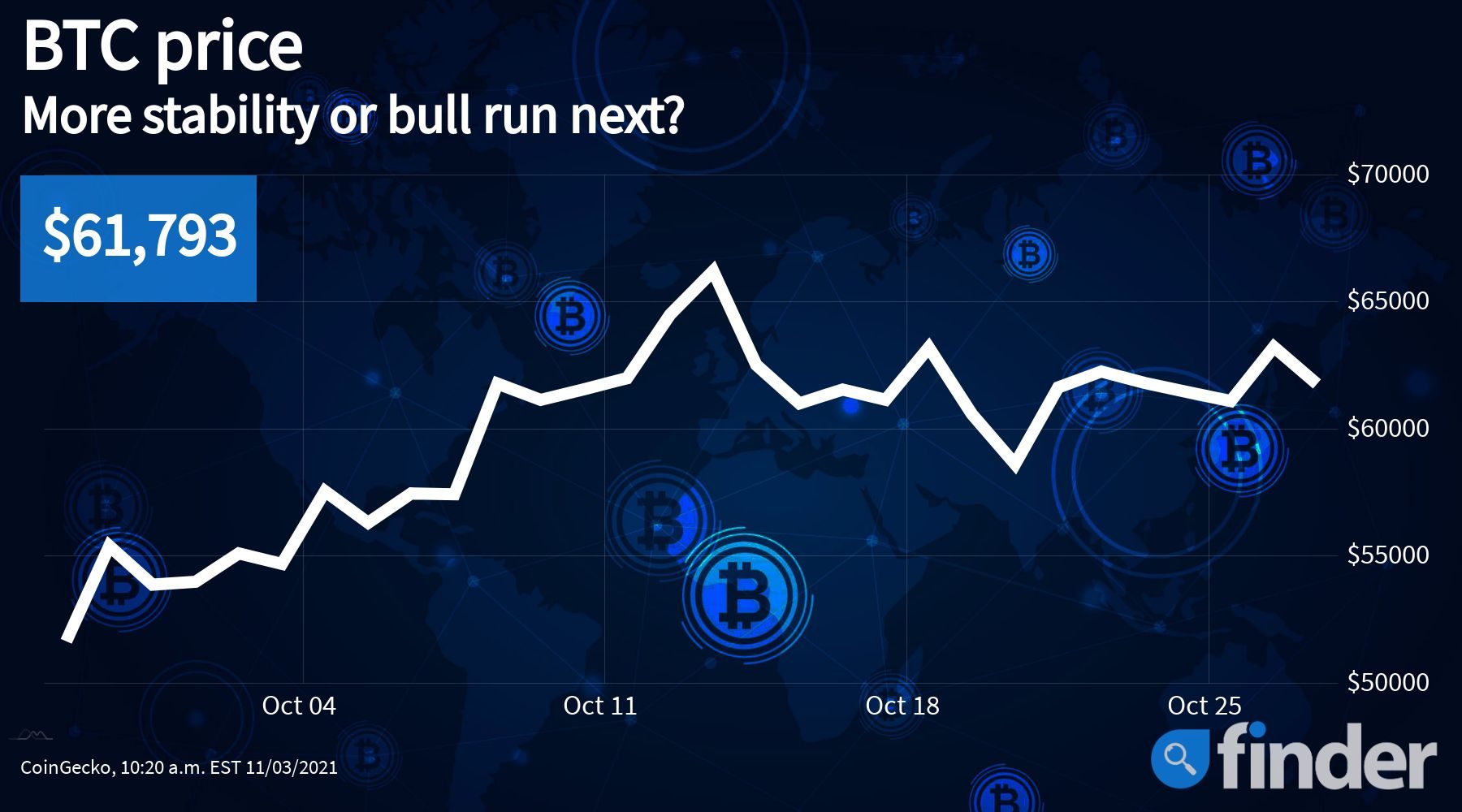 In the face of reduced volatility, Bitcoin’s monthly gains have dipped a little, currently hovering around the 30% mark.

After having scaled up to an all-time high of nearly $67,000 almost a fortnight ago, Bitcoin proceeded to witness a small correction in its value. The world’s largest cryptocurrency by total market capitalization dropped to around the $60,000 range. At press time, BTC is trading at a price point of $61,793.

In terms of what may be driving Bitcoin’s increased price stability, institutional inflows related to Bitcoin for the month of October totaled $269 million. In addition, demand for the flagship crypto among major market players has also continued to increase, with institutional buying exceeding the $2 billion mark over the last month.

The increased buying can be directly linked to the approval of two Bitcoin-based ETFs by the United States Securities and Exchange Commission (SEC) last month. For example, ProShares’ BTC ETF, which made its debut on October 19, accrued nearly $1 billion in assets under management (AUM) within just the first 48 hours of its debut. A similar scenario was also witnessed when Valkyrie’s ETF made its official market foray. As per CoinShares, Bitcoin’s year-to-date inflows now stand at $6.4 billion.

NFL superstar and starting quarterback for the Green Bay Packers Aaron Rodgers recently took to Twitter to reveal that he is set to partner with Cash App as a means of accepting a part of his annual remuneration in BTC. For the current fiscal year, Rodgers will be earning a base salary of $1.1 million alongside signing and roster bonuses of $14.5 million and $6.8 million, respectively.

That said, it is still not clear as to how much of his annual $22.3 million package Rodgers will choose to accept in Bitcoin. At press time, Rodgers’ total salary works out to nearly 370 BTC.

There seems to be a growing trend of mainstream sporting superstars backing cryptocurrencies in recent months. For example, Carolina Panthers’ Russell Okung announced last year that he will be accepting part of his annual salary in Bitcoin. Just last week, legendary quarterback Tom Brady stated that he will compensate the fan who held his 600th career touchdown football with one BTC.

According to a popular metric — referred to as “whale shock supply” — Bitcoin’s largest investors seem to be maximizing their reserves in recent months, suggesting that another price run could be on the cards for the digital asset over the coming few days or weeks. Some experts believe that as accumulation continues to mount, it would not be surprising to see Bitcoin scale up to the $67k range and find solid support there.