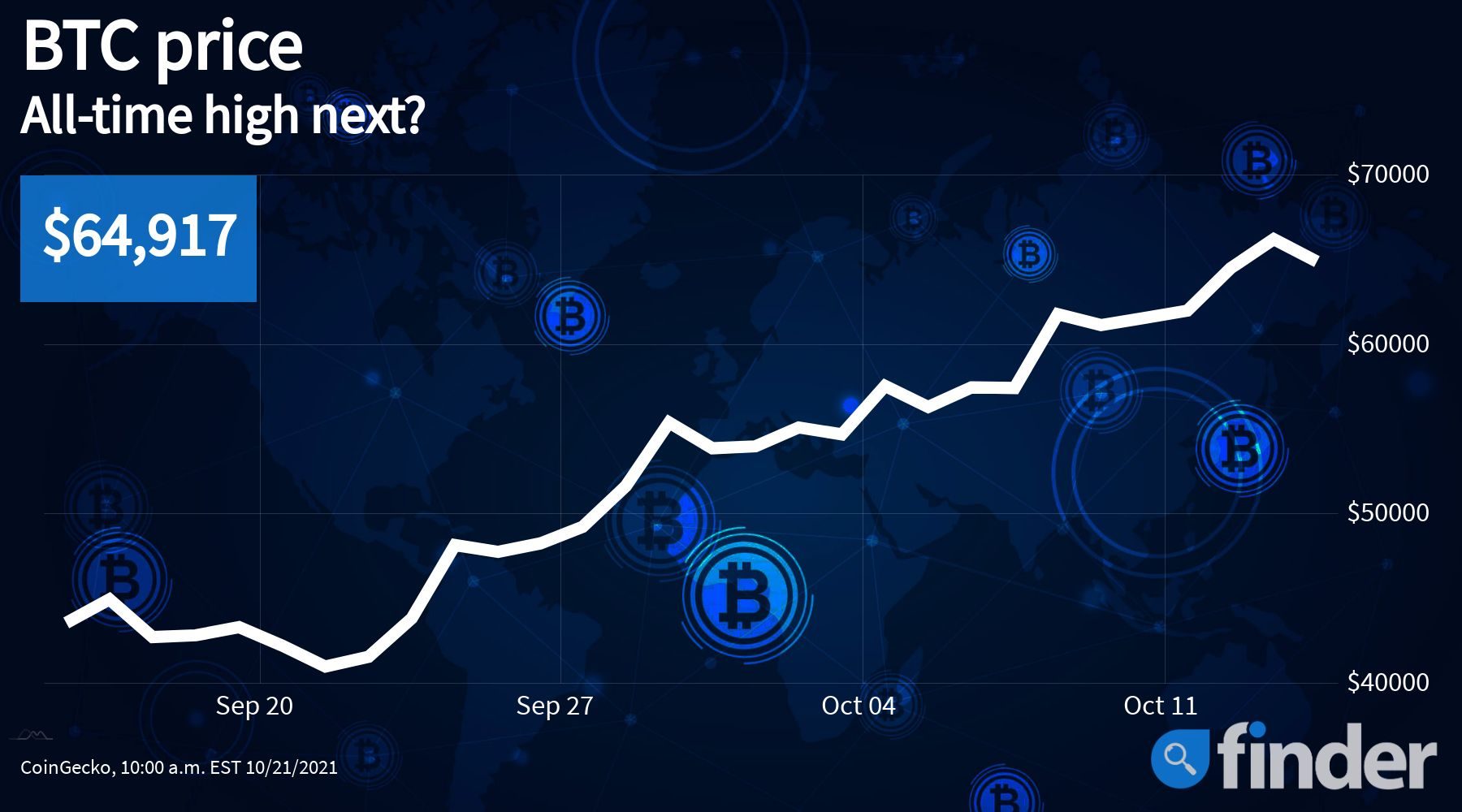 Bitcoin (BTC) made a strong monetary push over the past week. The digital asset scaled as high as $67,118 yesterday. As a result, the flagship crypto’s monthly gains stand at 35%. At press time, BTC is trading for $64,917.

This latest move comes on the heels of ProShares’ Bitcoin Strategy exchange-traded fund (BITO) making its market debut. On the day of its release, BITO recorded a first day “natural volume” of over $1 billion, making it the highest-ever traded volume for an EFT on opening day.

Billionaire Carl Icahn warned investors worldwide that with a major market crisis looming large on the horizon, it would be smart for future-looking investors to start considering Bitcoin as a bet against inflation. In Icahn’s view, with the US government continuing to dilute the US dollar further, currencies worldwide may become more and more devalued. He added, “The jury is really out on whether Bitcoin has intrinsic value or acts as a store of value. If inflation gets rampant, I guess it does have value.”

Finder survey reveals a solid “price top” for Bitcoin in 2021

In a new study conducted by Finder earlier this week, a 50-person industry panel revealed they believe Bitcoin could close out this year at a price point of around $80,000. The panel included Cypherpunk Holdings COO Daniel Cawrey, Kraken director Jonathon Miller, Arcane research analyst Vetle Lunde and CryptoQuant CEO Ki Young Ju, among a host of other specialists.

Earlier price forecasts released by giants such as Standard Chartered and Bloomberg also suggest that Bitcoin could very well close out 2021 well over the $100k range.

With the market rallying strong on the heels of Bitcoin’s recent ETF announcement, the total capitalization of the industry now stands at an impressive $2.6 trillion – a figure that lay at $1.7 trillion a little over a month ago. Therefore, it will be interesting to see how the coming few months play out for the market as a whole.