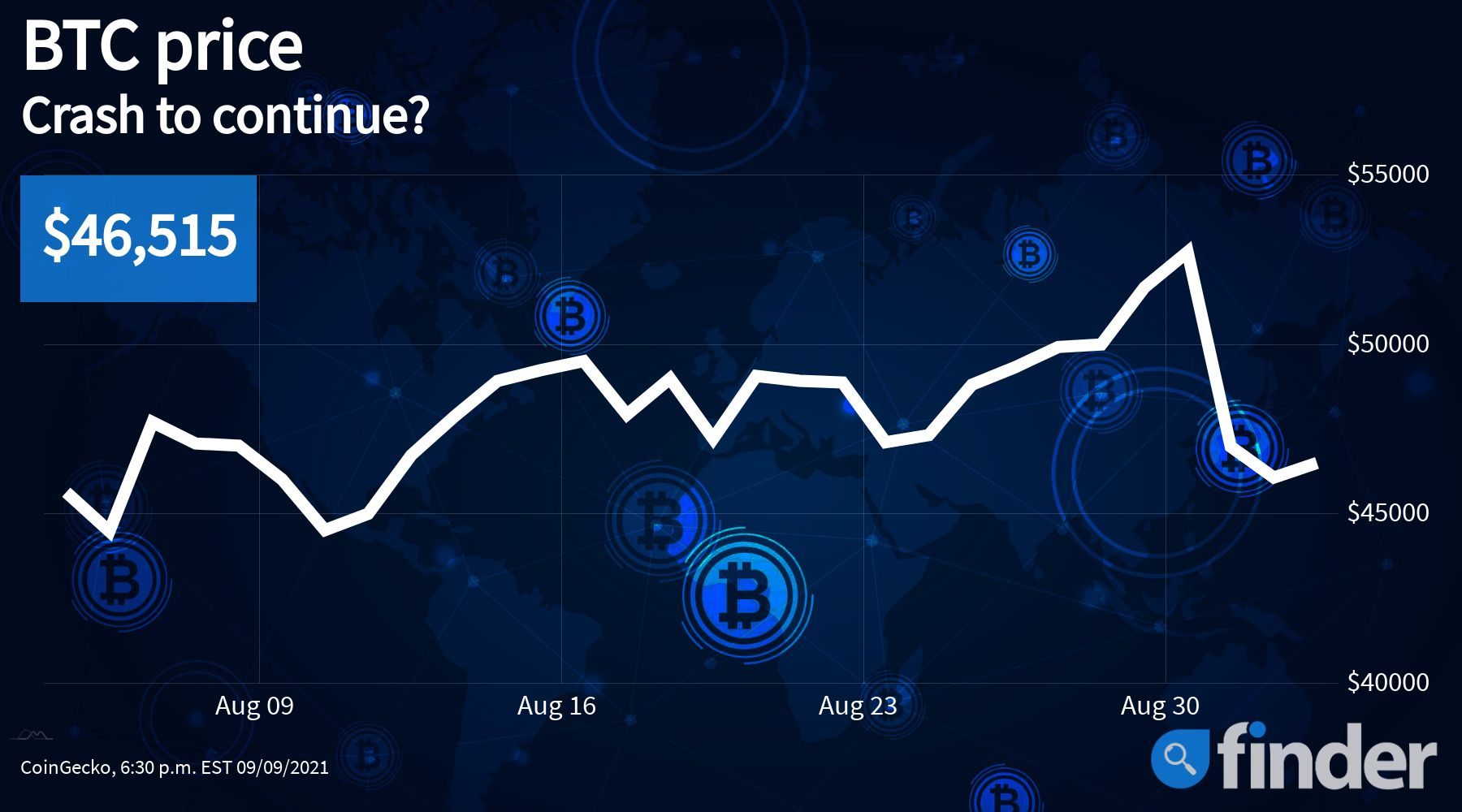 Over the last 24 hours, Bitcoin recorded a daily loss of over $6,000, leaving investors across the globe completely confounded. In fact, Tuesday was one of the most volatility-ridden days for the crypto market as a whole since the China mining ban earlier this year in April. That said, BTC seems to be in recovery mode once again, trading at a price point of $46,515.

Providing his take on the entire episode, trader and analyst Scott Melker, better recognized by his Twitter pseudonym “The Wolf of All Streets,” said that the entire episode can be attributed to large-volume traders who wanted to cash in on the ongoing market boom. He added: “Leave it to whales to dump Bitcoin on the day that El Salvador makes it legal tender. Real volume on the selling as well.”

Furthermore, right after the El Salvadoran government sanctioned the legalization of BTC within its borders – making the Central American nation the first to have mainstream retail outlets like McDonald’s accepting crypto – the price of Bitcoin shot up to a 120-day high of $52,700.

Despite all of the ongoing volatility, President Bukele seemed to remain totally unfazed, even reaffirming his commitment to a decentralized economic future by lapping up another 150 BTC during the depths of the selloff. In all, the country has a total of 550 Bitcoin in its coffers, worth approximately $25.4 million.

Lastly, in under 10 minutes of sending out the above-linked tweet, President Bukele released another message claiming that the “discount” may be ending soon and that there may not be another opportunity like this for HODLers again. He also thanked the IMF for helping his country “save a million in printed paper” on his government’s Bitcoin purchase.

What lies in Bitcoin’s future?

After reaching all-time highs in May, Bitcoin was tested immensely when it plummeted to the $29K mark. That said, over the last 30-day span, the crypto market as a whole has forged a remarkable recovery, with Bitcoin and Ethereum reclaiming the $50K and $4K psychological thresholds respectively. Therefore, the coming few days will be interesting to watch.