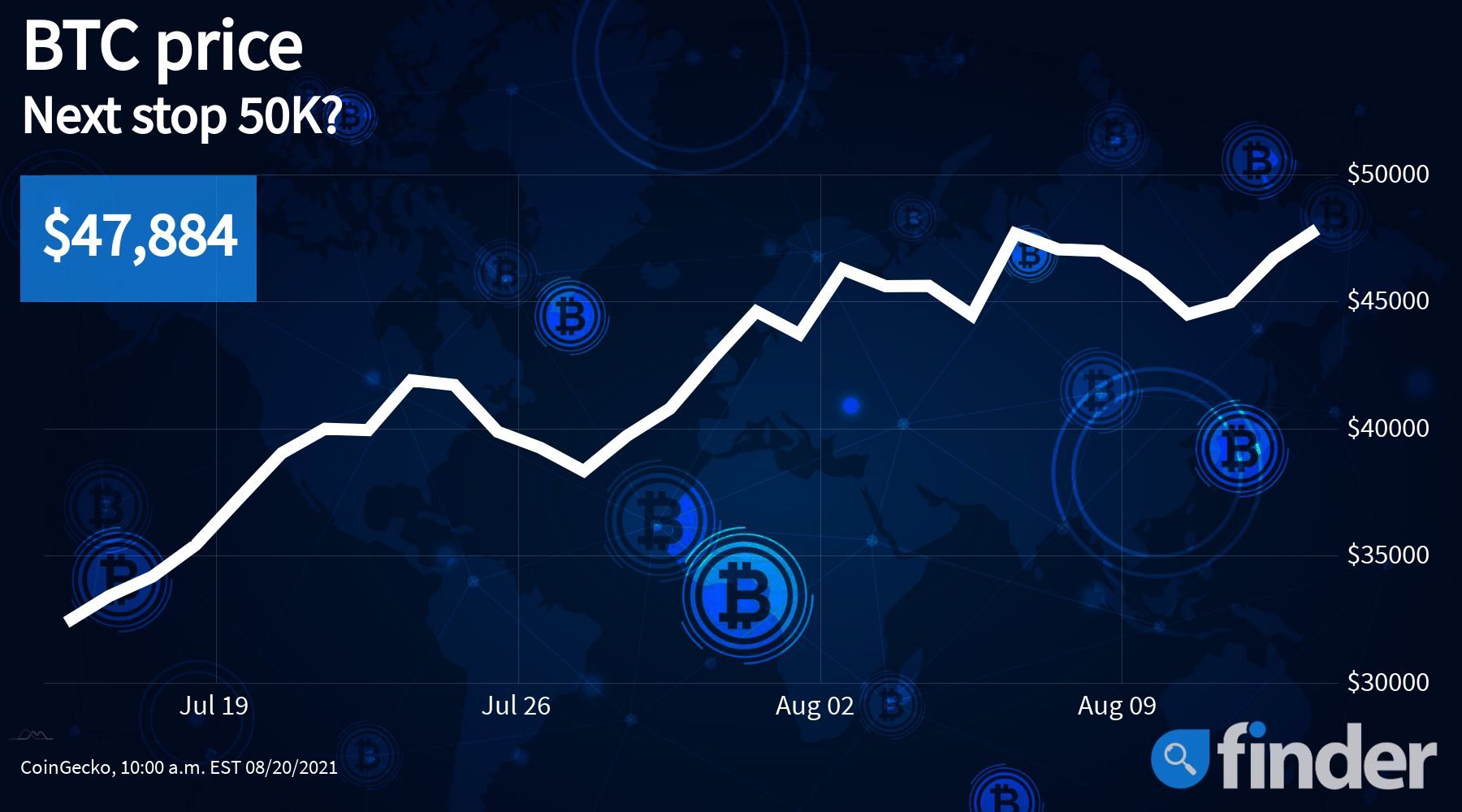 Bitcoin’s gains continue to mount, with the asset booking 30-day profits of 56%.

The last 24 hours have seen Bitcoin, the world’s largest cryptocurrency by total market capitalization, gain a little over 6% in value. As a result, BTC has been able to break past the all-important $47,000 while currently trading at the same level.

This latest upsurge can, in part, be attributed to Wells Fargo’s announcement that it had entered into a partnership with NYDIG to release an all-new BTC fund. Not only that, the market seemed to remain completely unfazed despite Minneapolis Federal Reserve Chairman Neel Kashkari recently taking a shot at the digital asset industry. He stated: “So far, what I’ve seen is […] 95% fraud, hype, noise and confusion.”

Kashkari also pointed a direct finger at Bitcoin, claiming that the currency has largely been used for illegal funding activities. Lastly, despite the Federal Reserve showcasing its intent to unwind its $120-billion monthly purchases of Treasury and mortgage-backed securities, the crypto market has continued to remain strong — another bullish indicator that suggests BTC may break past the $50K threshold soon.

As per a set of filings submitted with the United States Securities and Exchange Commission (SEC), it recently came to light that $9 trillion multinational investment manager BlackRock has been making sizable crypto moves, recently investing in two major publicly traded Bitcoin mining firms.

BlackRock currently has a sizable 6.71% stake in Marathon Digital Holdings (MARA) as well as a 6.61% stake in Riot Blockchain. Both investments are estimated to be worth around $382 million.

As per data released by analytics firm Santiment, the last 30 days have seen Bitcoin showcase an extremely high correlation with the stock market, while exhibiting an inverse correlation with gold. With inflation fears rising across the globe, it will be interesting to see how long this phenomenon continues, especially as people clamor for long-term stores of value.