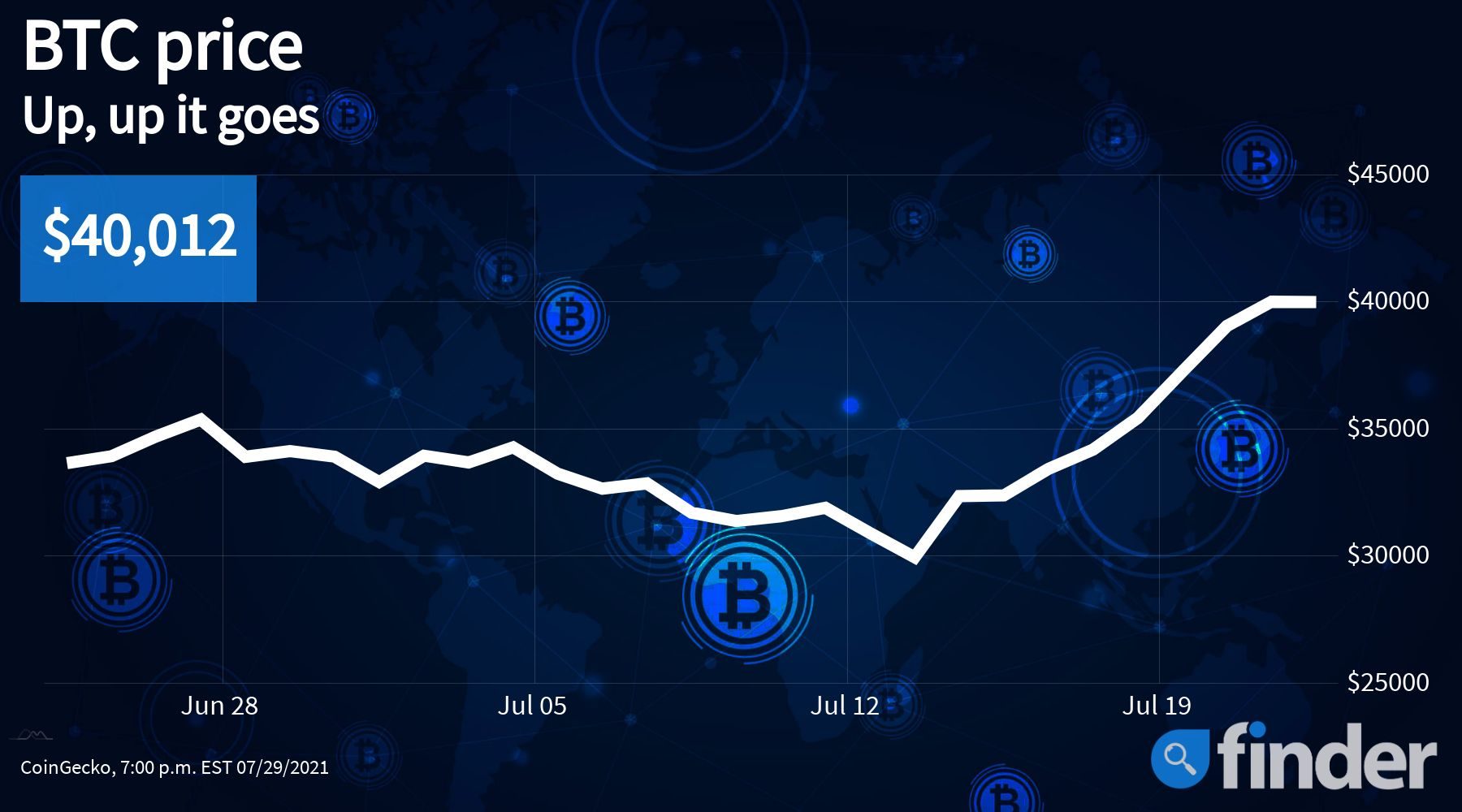 After reaching its all-time-high valuation in April 2021, Bitcoin (BTC) went through a significant downturn, shedding 5-10% per week and even dropping below $30,000. Experts have speculated this was caused by a number of issues, including the Chinese government putting its foot down on BTC mining and major cryptocurrency exchange Binance undergoing regulatory problems.

Bitcoin brushed aside its past struggles this week, rebounding substantially and rocketing back past the $40,000 mark. This represents a 30% increase in price in a 7-day period.

It is widely believed in the crypto community that this resurgence is on the back of conjecture that Amazon, the juggernaut of the e-commerce world, was preparing to add popular cryptocurrencies as a payment method. This was fueled by the American company posting a job ad for a “digital currency and blockchain lead.”

Although Amazon came out and denied rumors that a cryptocurrency adoption was imminent, they left the door ajar for future developments in this space. Amazon’s denial did cause a steep drop in price — from $39,000 to $37,000 — but Bitcoin has since rallied to sit comfortably above $40,000.

Another development in the price jump of Bitcoin was the statement from cryptocurrency love-child, Tesla and SpaceX owner Elon Musk. Being one of the original vocal proponents for blockchain adoption, Musk backed down on his pro-Bitcoin stance in May 2021 amid environmental concerns. Upon halting Tesla’s acceptance of cryptocurrency payments, Bitcoin endured a massive, 24-hour downward swing above $5,000, alongside faltering public confidence.

However, Musk reaffirmed his position on the matter last week at the B-Word conference, stating that Tesla would likely start accepting BTC as payment again once due diligence was performed. He also confirmed that both his personal portfolio, as well as SpaceX’s, include Bitcoin.

Finally, experts believe that a short squeeze may have occurred due to the Amazon rumors, as leveraged traders with bearish positions were forced to liquidate. This may have resulted in a shift in sentiment on Bitcoin and played a major role in the recent price resurgence.

Of course, the most famous short squeeze of this year (and possibly of all-time) saw the GME stock rise 3,000% in a month. While it is extraordinarily unlikely for this event to be replicated, the events of the past week have been a welcome sight for Bitcoin investors.