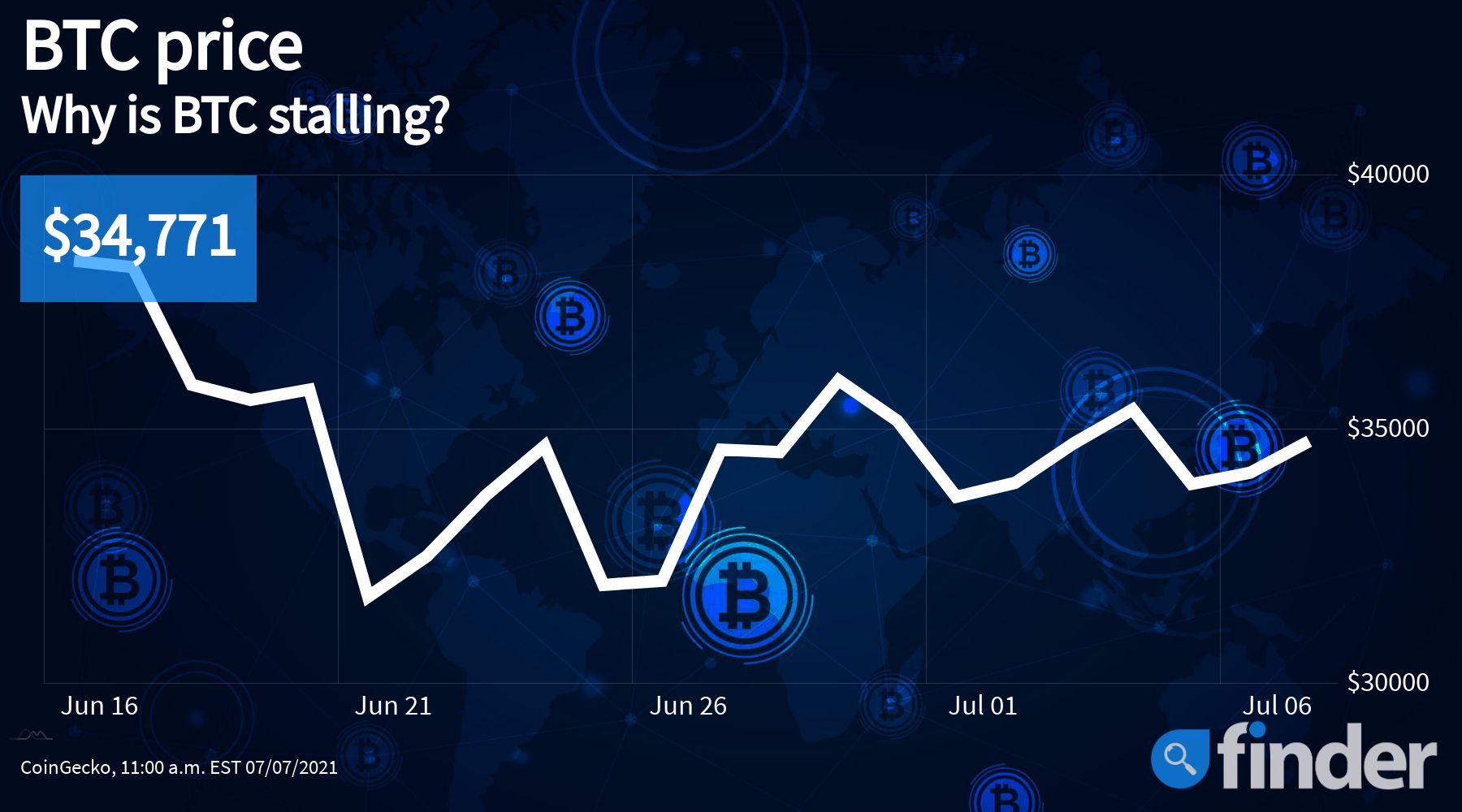 Over the last few weeks, Bitcoin has stabilized around the $34.5K range, resulting in many experts proclaiming that the premier cryptocurrency may have finally ‘bottomed out.’ At press time, BTC is showcasing 24-hour gains of just under 1% and is trading at a price point of $34,771.

To get a better idea of what’s causing Bitcoin to stagnate, Finder spoke with Jonathan Ovadia, Co-Founder and CEO of cryptocurrency trading platform Ovex. He too believes that BTC may have found a local bottom around the all-important 34,500 resistance, adding:

“The cryptocurrency has particularly fluctuated from a low price point of $32,770.68 to a high price of $36,074.76 in the past week. The close price trend has shown that both buyers and sellers are indecisive on what the future holds. The regulatory strain on Bitcoin and the broader cryptocurrency ecosystem has still not clear with miners still migrating massively.”

Ovadia further noted that even though Bitcoin may be going through an extremely rough patch at the moment, there is no denying that the currency is here is to stay. “It is clear that BTC has come to stay, and this will be shown in the long term when the coin retests a new price territory above $70,000,” he closed out by saying.

Despite Bitcoin repeatedly trying to retest the $40K support level over the last 30-odd days, it appears as though investor optimism in relation to the digital asset has not improved significantly. What this seems to suggest is that either investors are simply content with waiting out the current bear season or may looking to buy later — because they realize that they will remain in the red even if BTC hits a price target of $40K.

To be a bit more specific, a quick look at the Bitcoin futures market premium — which serves as a tangible indicator of the rift that exists between the asset’s long-term contracts and spot levels — shows us that the metric is currently hovering in the ‘minus (negative) range.’ Typically, this number tends to float around 5%-15%.

In a recent sit-down with Northman Trader’s Sven Hindrich, perennial crypto bull Michael Saylor shared his thoughts on the crypto market as well as the macroeconomic environment surrounding the world’s largest cryptocurrency by total market capitalization.

In his view, people investing in BTC with the mentality of day trading will always end up disappointed, especially as the currency continues to face high levels of volatility. However, for those who have understand the ramifications of the ongoing money printing globally over the past year, Saylor believes the volatility aspect can be ignored. “I’m looking at Bitcoin as the most distributed, strongest brand of a monetary asset in the world,” he added.

Last but not least, as per a recent study that surveyed a group of BTC investors, 44% noted that they expect Bitcoin to dip below the $29K mark in the near term, while 56% believe the currency will scale up beyond its previous all-time high of $65K and resume its bull run before the year closes out.