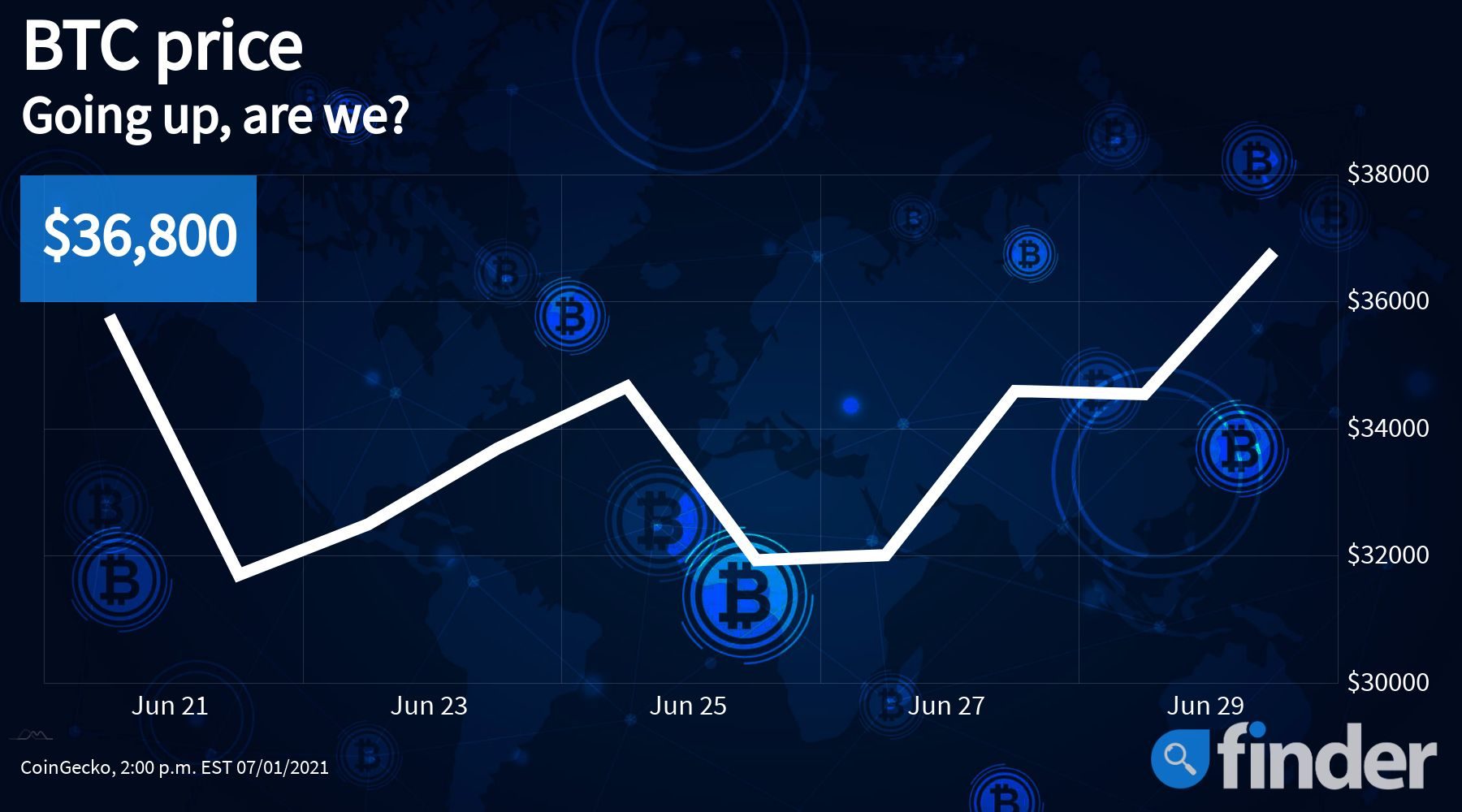 The last 24 hours have seen BTC scale up to a relative high of around approximately $36,800.

After weeks of continued bearish pressure, the digital asset market once again seems to be showcasing solid signs of recovery. Bitcoin, the world’s largest crypto by total market capitalization, is currently in the green over the past week, exhibiting gains in excess of 8%. At press time, BTC is trading for $34,684.

To gain a better overview of what lies ahead for the flagship crypto, Finder reached out to Ross Middleton, chief financial officer for DeversiFi, a suite of proprietary and third-party cryptocurrency-based financial instruments. In his view, there is no doubt that Bitcoin will close out the year extremely strong, especially as short-term sellers continue to “run out of ammunition.” He went on to add:

“The number of large holders is increasing every day, high profile new entrants are not selling (Tesla, Microstrategy), and the longer Bitcoin base-builds at $30K, the more likely that confidence will return to the market sooner rather than later. Traders are on holiday at the moment after a wild 12 months, but new capital from sophisticated investors will flow into the space. It just takes time.”

Middleton’s sentiment was recently echoed by Alex Mashinsky, CEO of banking and financial services platform Celsius. As part of a recent media appearance, he claimed that despite the recent sluggishness, by the time 2021 comes to a close, Bitcoin’s value could quite easily be hovering around the $160K region.

Additionally, he also pointed out that after BTC scaled up to its all-time high value of over $63,000 recently, it was only a matter of time until a massive correction was witnessed across the board. “When you go too high, too fast, you are bound for a correction. You can see [that] in my tweets during March and February. I predicted $30,000,” he closed out by saying.

A look ahead at the future

As Bitcoin’s price continues to display an increasing amount of support around the $34.8K range, analysts like David Puell, on-chain analyst and creator of the Puell Multiple equation, claim that Bitcoin has just recently displayed its “fifth ever” buy signal in its decade-old history. 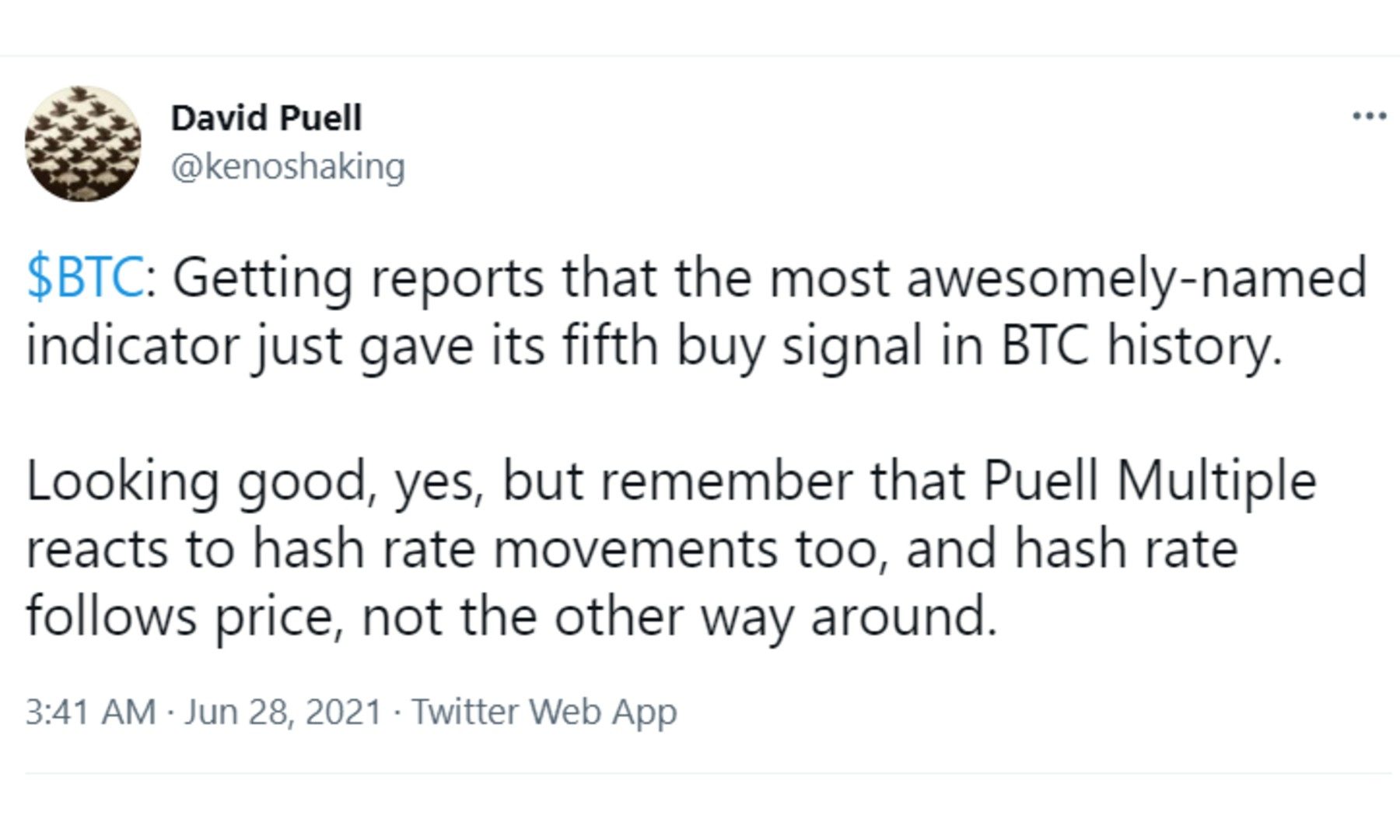 As a quick refresher, the Puell Multiple equation is designed to look at and analyze the supply aspect of the global Bitcoin economy — mining revenue, in particular. It explores market cycles in detail, thereby allowing investors to make more informed decisions when dabbling in short-term or long-term trading.

In light of China’s mining purge a couple of weeks back, several large-scale mining operations were either forced to shut down or relocate their enterprises to other countries. However, that’s not all. As a result of the ongoing exodus, many analysts believe that BTC may be faced with its largest-ever drop in mining difficulty in the coming few weeks.