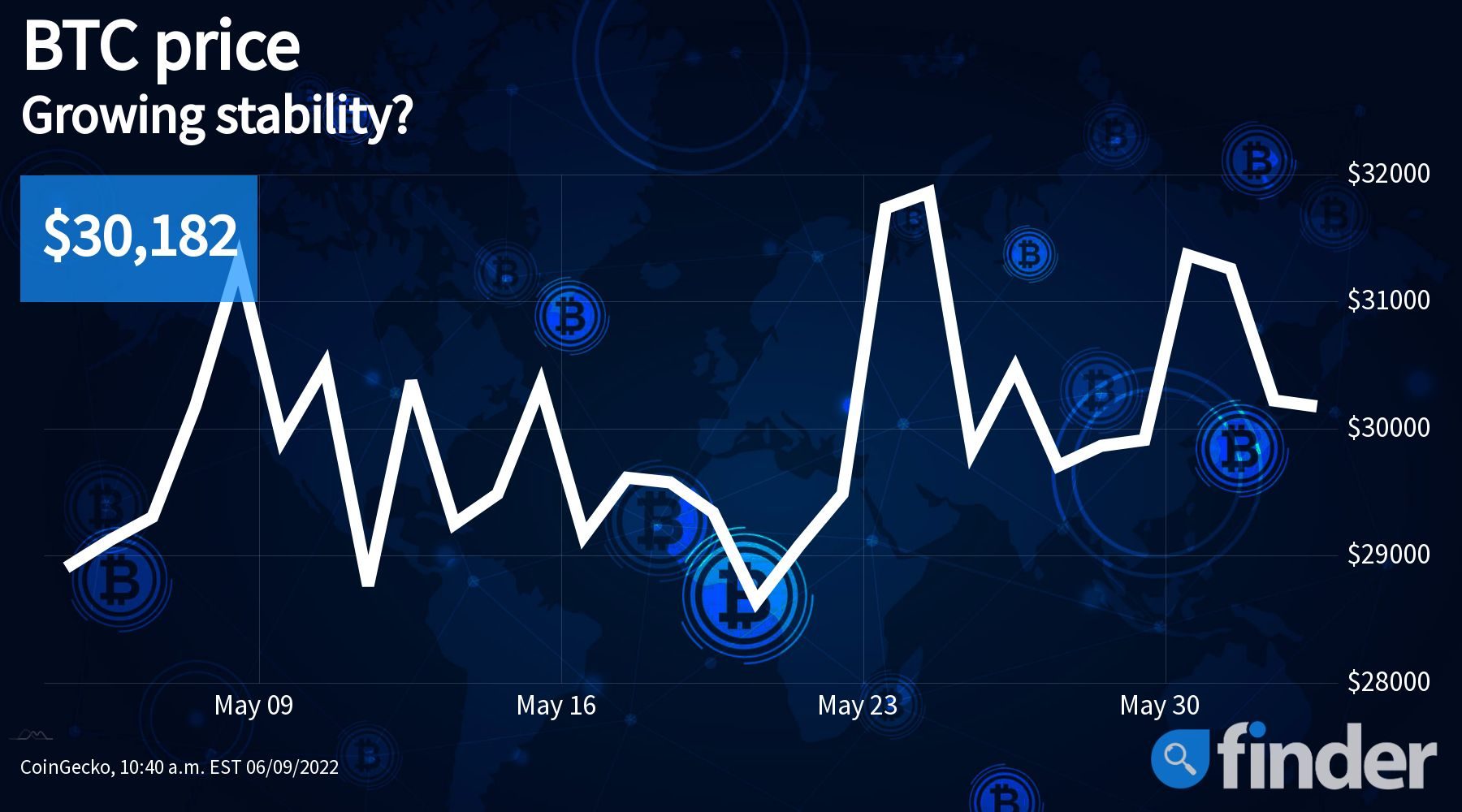 After making an unexpected rally to around $31.5K on June 6-7, Bitcoin (BTC) has again showcased a price correction. The digital currency is currently trading at $30,182 while exhibiting a 24-hr profit ratio of +1.3%.

The surge has not been viewed favorably by most analysts, with most claiming that it was just a means for traders to draw short-term profits. Also, with Bitcoin range-bound between $28K–$32K for a month, experts see no chance of a complete trend reversal until the asset can break past this upper threshold cleanly. If BTC slips to $28K, it may potentially slide further and drop as low as $21K, a pundit opined.

Another event that may potentially impact the price of BTC is news of multinational hedge funds Citadel Securities and Virtu Financial Inc. announcing their plans to build a cryptocurrency trading platform alongside retail brokerages Fidelity Investments and Charles Schwab Corp. The offering is still in its early stages of development and will most likely make its market debut by Q4 2022 or early next year.

Bitcoin’s exchange outflows have also been on the rise. Whenever large volumes of Bitcoin leave trading platforms for external wallets, it generally signifies growing investor confidence in the asset. Since June 6, more than 30,000 BTC have exited Coinbase Pro, bringing the firm’s Bitcoin balance sheets to their lowest levels in over three weeks.

Bitcoin’s market dominance is rising, with the digital currency’s market share in relation to other altcoins currently standing at 46.3%, its highest level since October 2021. The lack of turbulence for crypto has also been witnessed across the equities market, with the Nasdaq Composite and S&P 500 remaining largely stable over the last five days.

Kathy Hochul, the governor of New York, has still not committed to signing a highly publicized bill seeking to ban the mining of any proof-of-work (PoW) coins within her state. Hochul noted that her team will be assessing the proposal — which was passed on June 3 by the NY senate — during the coming weeks.

If the proposed bill becomes a law, any fossil fuel-driven PoW crypto mining companies looking to set up base within New York — or even renew their licenses — will be rejected. Only PoW firms utilizing 100% renewable energy will be allowed to operate.