Bitcoin price recovering as analysts forecast a bounce on the horizon 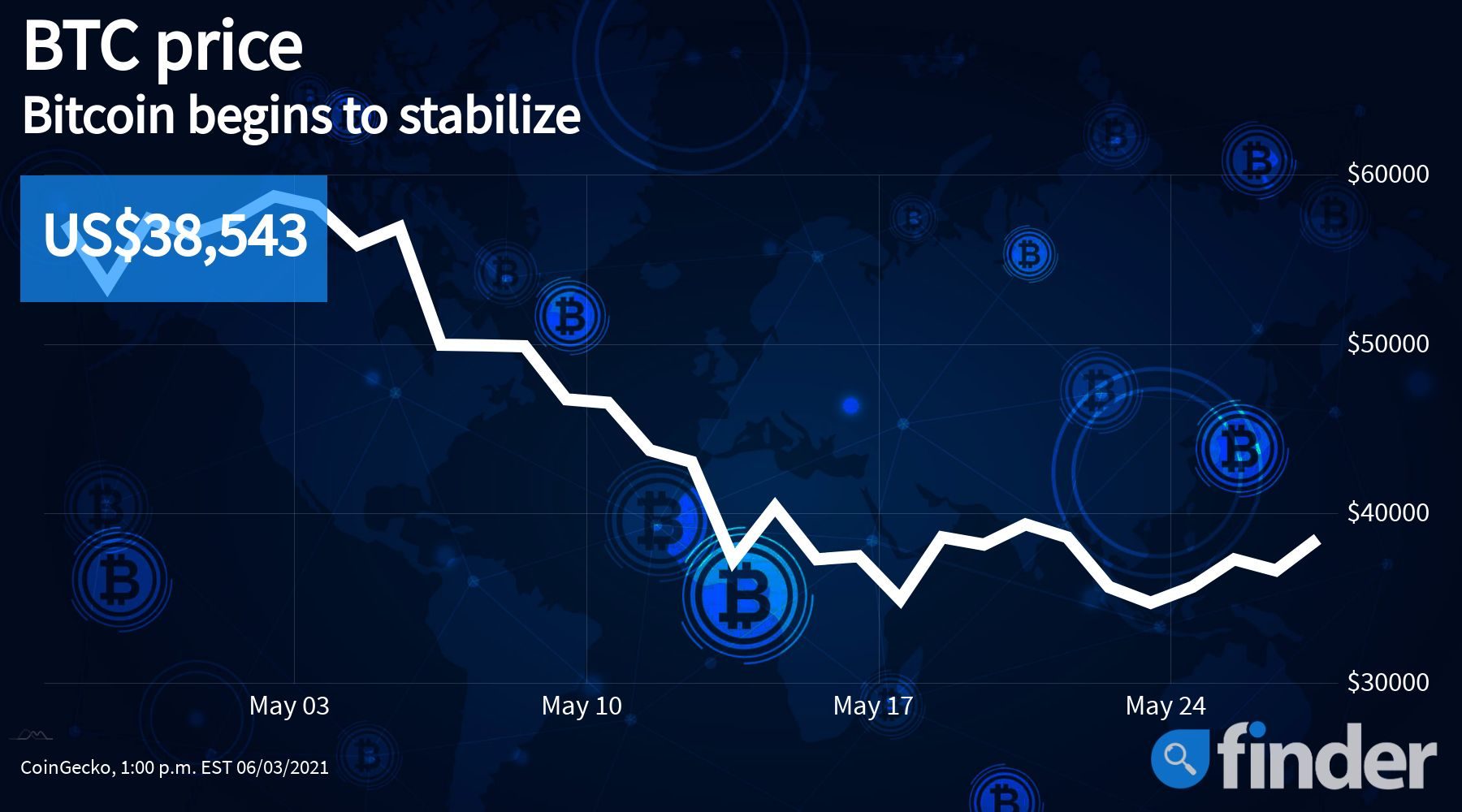 After scaling down to a relative low of $29,130 less than a fortnight ago, Bitcoin seems to once again be on a path of upward ascent, with the premier cryptocurrency breaching a price point of $37,179 over the last 24 hours. At press time, BTC is trading at $38,543.

To better understand this ongoing volatility, Finder spoke with Gunnar Jaerv, COO for First Digital Trust, an Asia-based licensed, regulated trustee servicing both traditional and digital assets. In his view, after a couple of weeks of turbulence, the market seems to finally be stabilizing, adding:

“This could indicate an exhaustion of bears and could mean bulls will take over, or it could indicate the indecision of the markets as both bears and bulls decide which way the market will go. For now, the market is stable and looking like there may be a chance at recovery from the recent sell-offs.”

That said, he noted that only time will tell how things play out from here on end, stating it would be best if investors exercise an extremely high level of caution trading at a time like this — especially leverage traders. “As we have seen in previous encounters after a sell-off, markets tend to be very volatile,” he closed out by saying.

The coming week could be crucial for Bitcoin

Bitcoin seems to be closing out a period of consolidation, with many independent traders suggesting that the coming few days could see Bitcoin spark an all new rally. On the subject, Crypto Ed, a popular Twitter-based crypto analyst, opined that since hitting AU $29,513, the BTC/USD pair seems to be exhibiting a decreasing level of volatility. “Expecting that bounce any moment now,” he concluded after posting a chart of BTCs performance over the last month. Similarly, popular analyst and creator of the S2F (Stock-to-Flow) model, PlanB pointed out that even though Bitcoin recently witnessed its worst monthly candle in a decade, there is still a good chance that the cryptocurrency could scale past its all-time high value with ease by the time 2021 closes out.

To back up his claim, he posted an image of BTCs stock-to-flow price chart clearly showcasing Bitcoin’s behavioral tendencies. As per the chart, it is quite evident that Bitcoin is once again behaving like it did when it peaked during the 2013 bull market — thus staying in line with PlanB’s projections. 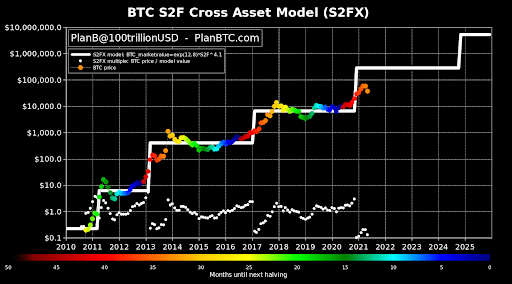 Looking ahead, many investors across the globe seem to be concerned whether BTC may dip below the $29,000 mark and take the BTC/USD pair toward the $19,000 threshold or even lower. However, such a scenario, according to PlanB, is highly unlikely. He concluded by saying “We knew bitcoin would not go up in a straight line and several -35% drops are possible (and indeed likely) in a bull market.”