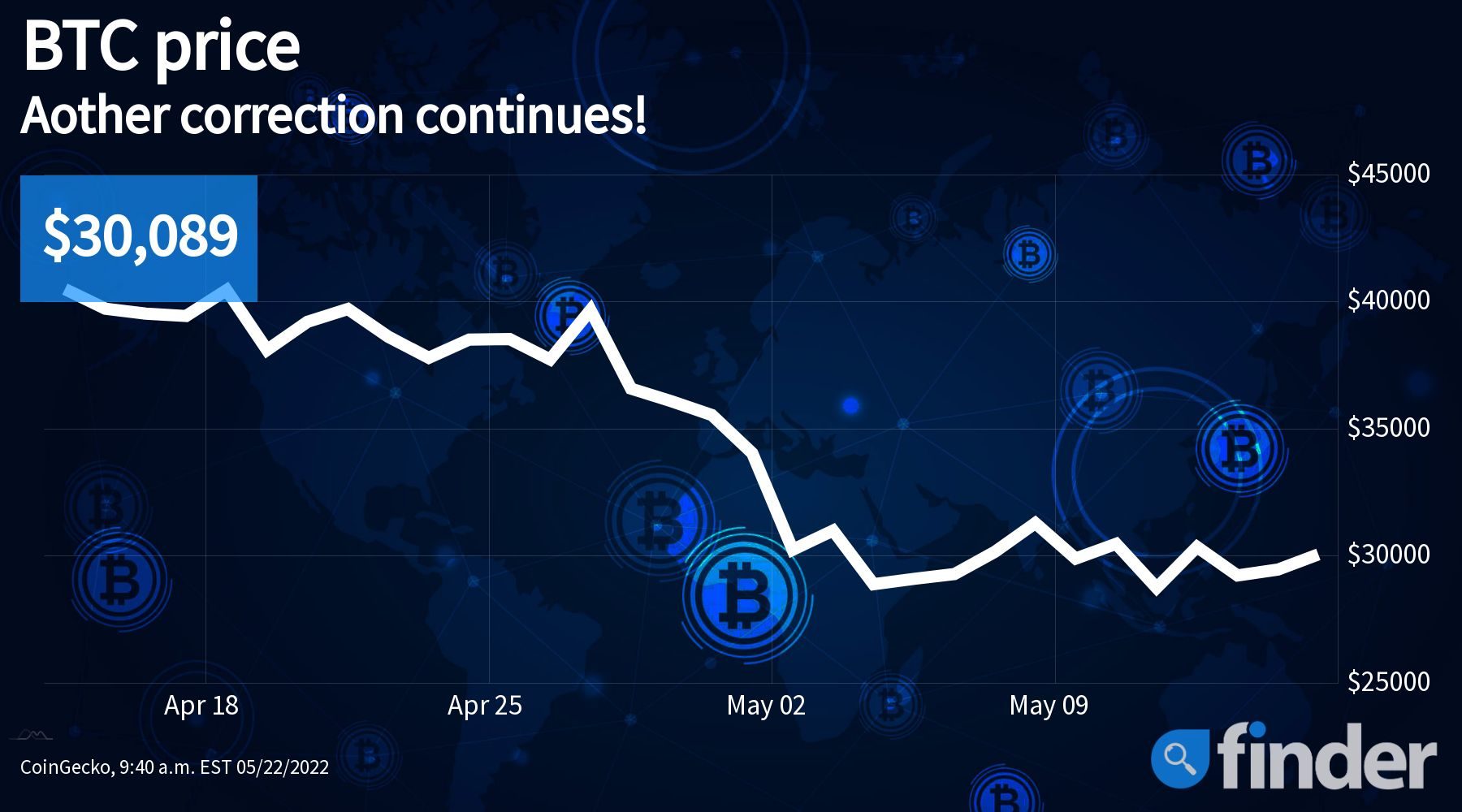 The S&P 500 index registered its largest intraday losses since June 2020 earlier this week.

BTC’s recent decline matches the continued poor performance of the US equities sector. The S&P 500 saw its biggest intraday decline on May 19 in nearly two years. This could be due to Tesla’s removal from the S&P 500’s ESG Index, a move that saw CEO Elon Musk release the following tweet shortly thereafter:

“Exxon is rated top ten best in the world for environment, social & governance (ESG) by the S & P 500, while Tesla didn’t make the list! ESG is a scam. It has been weaponized by phony social justice warriors.”

Musk’s opinion was echoed by Ark Invest CEO Cathie Wood, who called the S&P 500’s decision to keep Tesla off its ESG list as “ridiculous” and not “worthy of any further comment.”

With inflation numbers rising across the globe, experts believe “risk assets” will continue to consolidate over the coming few months. Data shows Bitcoin is aping the trends exhibited by the S&P 500 during the 2008 real estate bubble crash. Independent analyst Dylan LeClair believes we are currently witnessing the “global everything bubble collapsing in real time.” Financial pundit Holger Zschaepitz recently referred to the current economic landscape as the “biggest bond bubble in 800 years.”

Bitcoin could potentially move past its current $30k level before correcting again in the near term. Analyst Michaël van de Poppe believes that if BTC can hold ground around $29.3K, then a move to $32.8K – $34K could be in play. Lastly, some experts see last week’s drop to $23,800 as not being BTC’s bottom and that a larger capitulation could be incoming.

Officials associated with the Group of Seven (G7) — a forum consisting of Canada, France, Germany, Italy, Japan, the United Kingdom and the United States — have urged the Financial Stability Board (FSB) to ramp up its crypto regulation efforts. During their meeting earlier this week, members of the international body noted:

“In light of the recent turmoil in the crypto-asset market, the G7 urges the FSB to advance the swift development and implementation of consistent and comprehensive regulation.”

The “turmoil” in question is the recent wipeout of Terra and its associated cryptocurrencies, namely Luna and TerraUSD (UST). The collapse even had United States Treasury Secretary Janet Yellen calling again for federal agencies to foster a “consistent federal framework” around stablecoins.