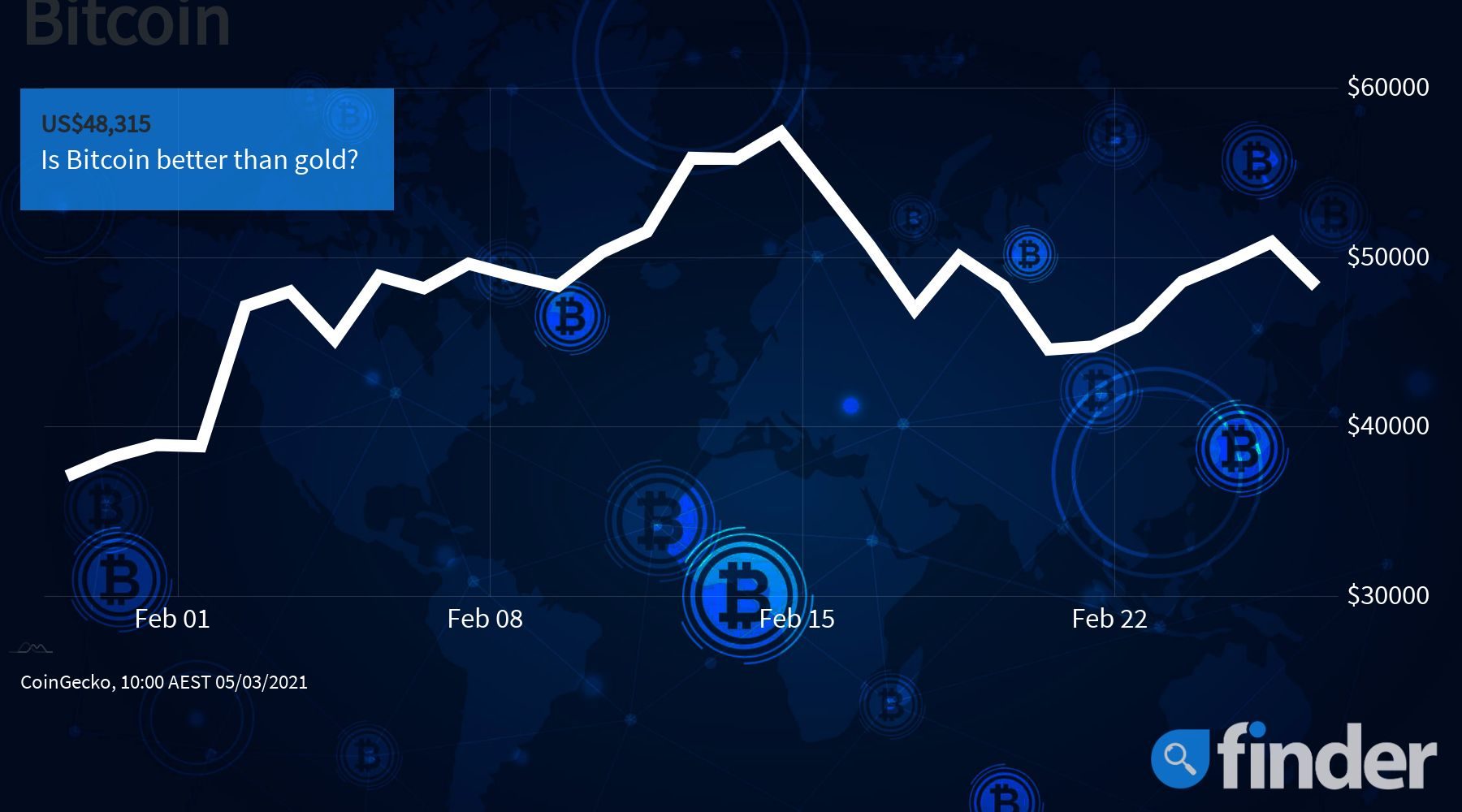 The market for altcoins has followed suit, although with greater losses across the top 10 cryptocurrencies by market cap. Cardano (CDA) is leading the losses down over 10% at $1.10 with ChainLink (LINK) close behind, down 9.2% to $27.50.

Dogecoin has lost its stride dropping back to 14th on the list of altcoins by market capitalisation. Today’s loss of 1.6% has followed a hefty correction from recent highs of around $0.08 with the spot price currently at $0.049.

Today’s drop comes amid remarks from the Chair of the Federal Reserve, Jerome Powell, who was quizzed over the alarm set off in markets by rising bond yields. The benchmark 10 year US treasury bond has climbed to a yield of 1.5% over recent weeks.

The effect of monetary policy on the price of Bitcoin is hard to gauge. However, Powell’s remarks may have been calming for markets wary of any sign of unexpected inflation. Powell maintained that the Federal Reserve is “still a long way” from reaching its target of around 2% inflation for the economy.

The price of Bitcoin could be impacted depending on how strong the US dollar is in international markets. Since the US central bank’s bond purchasing programme has injected trillions of dollars into the beleaguered US economy, markets have their eyes peeled for any sign of inflation.

With Bitcoin being seen as a potential hedge against inflation the price of Bitcoin could be expected to rise in the face of uncontrolled inflation in global money markets.

However, Powell’s remarks suggest that at this stage the market is jumping at shadows with concern over inflation.

Mark Cuban in Twitter fight over Bitcoin Vs. gold Mark Cuban, the high profile billionaire Shark Tank celebrity has been involved in a schoolyard tiff on Twitter over the role of Bitcoin and its supposed competition with gold. In replying to Peter Schiff of Europac investments, Cuban tweeted that “gold is dead.”

Peter Schiff, who has over 400 thousand followers on Twitter expressed his disbelief that people he thought were “smart investors” were dumb for buying Bitcoin. Obviously taking offense, Cuban jabbed at Schiff by saying that “gold is just as hyped as Bitcoin.”

Despite the exaggeration, Cuban’s argument at least makes sense saying that:

“As tech continues to get better/cheaper/faster there will be new applications and maybe even something that supersedes what we know as crypto today. But Gold won’t ever change. Which is why it will die as a SOV.”