Bitcoin price steady with miners raking in $1 billion in January 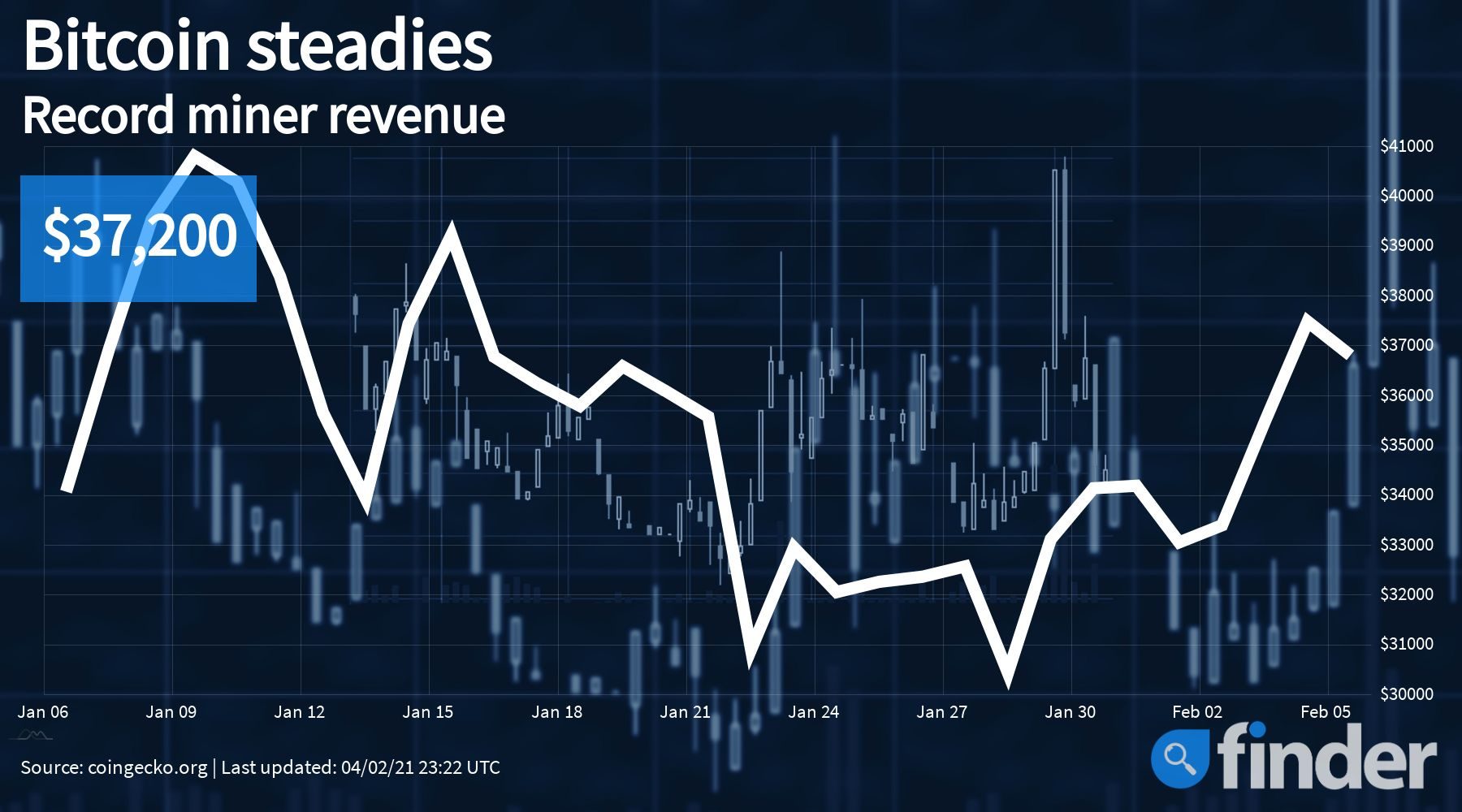 Bitcoin is trading around $37,200 at the time of writing, which is a slight decrease in the last 24 hours. The day’s trade saw Bitcoin reach as high as $38,614 according to pricing data from Coinbase.

In the hours after, Bitcoin was not able to challenge further price increases and receded to a daily low of $36,243 representing a 6.14% range for swing traders.

Bitcoin and cryptocurrency are hot on the lips of most people as measured by Google searches. Over the last 3 months, Google searches for digital assets have increased by over 135%.

The image below shows that revenue from cryptocurrency mining peaked in the month of January at $1 billion. A level which has not been seen since the Bitcoin bull run in late 2017.

As we can see, according to data from The Block, Bitcoin mining revenues nosedived after the price of Bitcoin came off the 2017 bull run as it entered the Bitcoin “winter”.

One thing the market will look for going forward is whether Bitcoin mining will remain as profitable as it has been up to this date and whether or not it will increase in profitability over time.

As far as cryptocurrency technical data goes, mining profitability is arguably a good indicator of both a digital asset’s viability and the sector’s growth prospects more generally.