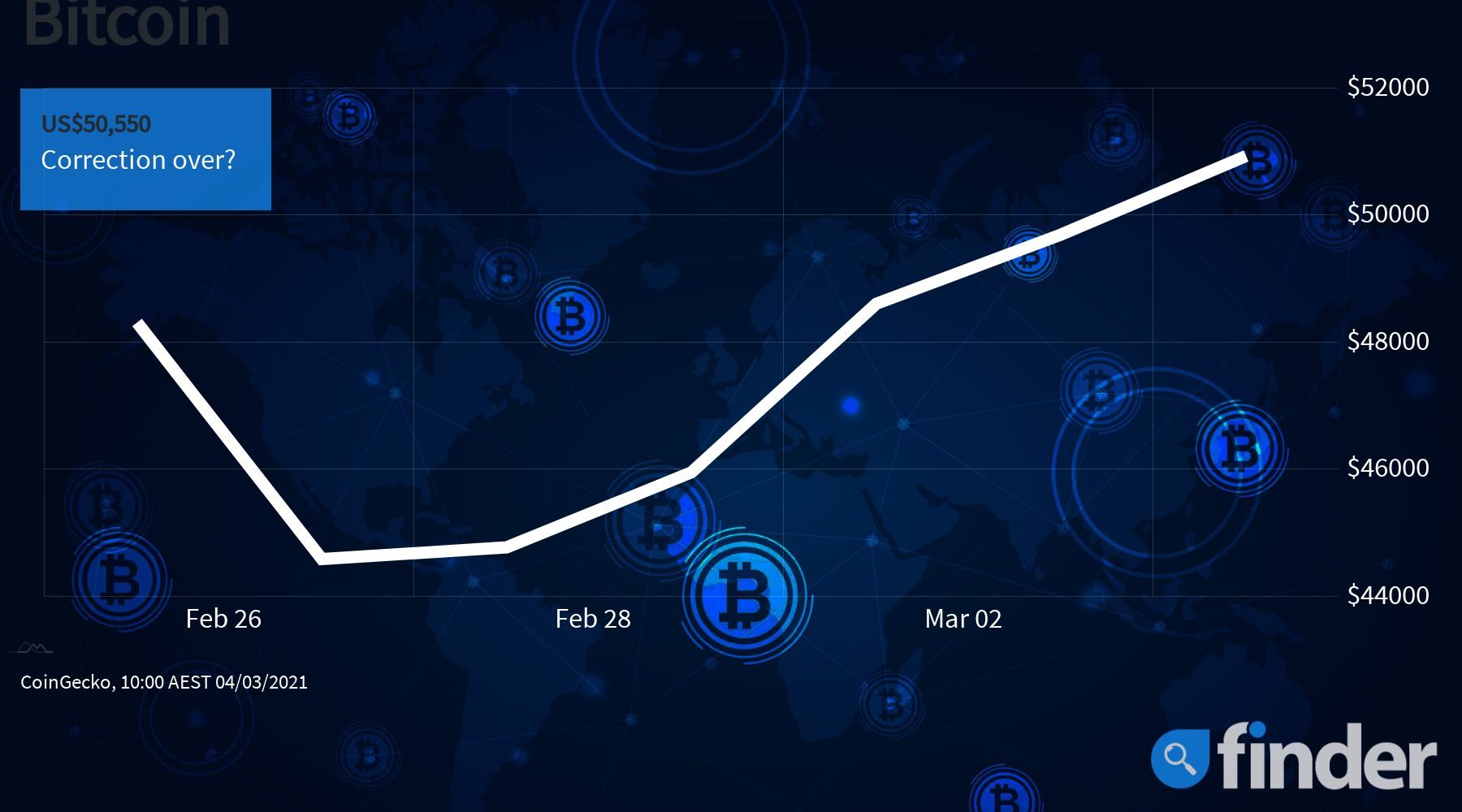 Bitcoin is trading at $50,550 at the time of writing, which is a 5.5% increase in the last 24 hours according to data from CoinGecko. The Bitcoin spot price reached as high as $52,639 roughly 12 hours ago marking a 9.88% increase from the day’s low which was recorded almost 24 hours ago.

The maiden cryptocurrency appears to have recovered from this week’s correction. Bitcoin had been trading at a 20% discount on 1 March reaching as low as $43,382 following Tesla CEO Elon Musk tweeting that both Bitcoin and Ethereum “seem high.”

Market sentiment has proven otherwise in the short term with Bitcoin traders pushing up prices from the low $40,000’s as was expected by some. The buoyed price of Bitcoin has led a revival in the market for altcoins with nine of the top 10 altcoins by market capitalization trading in positive territory.

Canadian ETF’s accumulated over $5 billion in additional funds and a significant portion of that was directed to Purpose ETF and their immediate competitor Evolve Funds Group. All up, $555 million was received by the two funds offering the cryptocurrency ETF’s equalling over 10% of capital inflows to exchange traded funds in February

The purpose ETF saw $400 million worth of trade on its first day and the product is one of only several across global markets. However, if similar capital inflows persist regulators around the world will be dealing with ballooning amounts of Bitcoin ETF’s.