Short and sweet: One-season TV shows to binge over the weekend

Just because a show doesn’t run for ages doesn’t make it any less worthy of your attention. 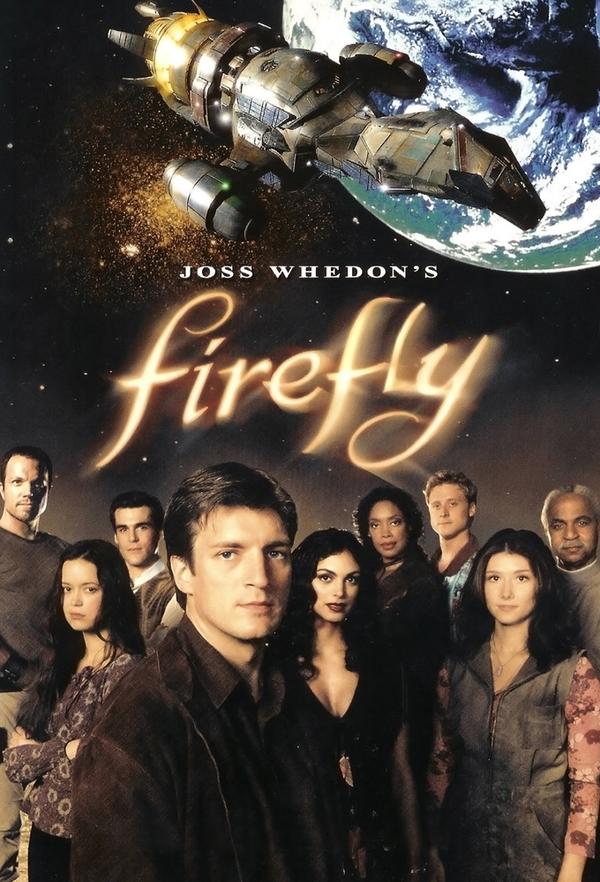 Good shows don’t always get good ratings. All the shows below were unfortunately cancelled after only one season. But you can still give them a go when you’re on the lookout for something short and sweet to get you through a long weekend ⁠— especially since all of them are ridiculously good.

Between Gilmore Girls and The Marvelous Mrs. Maisel, Amy Sherman-Palladino created the charming Bunheads, a touching and perfectly cast show about the goings-on at a small-town ballet school. Bunheads stars Sutton Foster as a Las Vegas showgirl who gets married on a whim and ends up mentoring ballet students at her mother-in-law’s dance studio. It has the perfect blend of comedy and drama, showing great promise from the very first episode.

Besides Sherman-Palladino’s clever writing, the show also benefits from a strong ensemble cast led by Foster and Kelly Bishop. It has wit and charm for days, fun banter and engaging storylines. It’s too bad the ratings weren’t in its favor. However, at 18 episodes, it should be more than enough to keep you busy for a few days.

Despite a silly premise and horrible title, Trophy Wife was like a breath of fresh air. The sitcom follows a young party girl who marries a middle-aged lawyer and has to learn how to deal with his three children and two ex-wives. It’s hilarious, heartwarming, and fast-paced. More importantly, it’s the perfect family sitcom in a TV landscape where the genre is currently struggling, to say the least. Plus, it features a strong and likable cast which includes Bradley Whitford, Malin Akerman, Marcia Gay Harden and Michaela Watkins. 22 episodes are available for your viewing pleasure.

Kings is a weird beast of a show. The plot is loosely based on the biblical story of King David, but the action takes place in a kingdom that resembles the present-day United States. It’s a difficult concept, and yet Kings pulls it off beautifully, delivering 13 glorious episodes heavy on modern Shakespearean language. Add in the fact that the cast included Ian McShane and Sebastian Stan and we’re left scratching our heads wondering why it didn’t last just a tiny bit longer. Maybe it’s because it debuted back in 2009, before prestige television became a thing and everyone started to experiment with ambitious concepts.

Set in the ‘80s, Freaks and Geeks revolves around two siblings. Lindsay is a model student who befriends a group of “freaks,” while her little brother Sam navigates school with the help of his “geek” buddies. The show is highly regarded as one of the best series of all time, and for good reason. It’s honest, funny and awkward, portraying high school life and the growing pains associated with it in a realistic and charming manner. Furthermore, the cast is a doozy, featuring the baby versions of Linda Cardellini, Jason Segel, James Franco, Martin Starr, Samm Levine and John Francis Daley. All in all, any serious TV enthusiast should binge it at least once, especially since it only aired 18 episodes.

My So-Called Life didn’t just launch the career of Claire Danes ⁠— it also perfectly captured what it’s like to be an angst-riddled teenager. Remember that horrible mix of anxiety and arrogance and self-consciousness and occasional joy? This series stands the test of time as a good refresher.

My So-Called Life follows Angela Chase and her suburban family as she navigates the high and lows of teenhood. Besides Danes, it also stars Jared Leto, Bess Armstrong, Wilson Cruz and Devon Gummersall. It was a show ahead of its time, so maybe it’s best that it ended before going downhill, with only 19 episodes under its belt. Which you can totally binge over a lazy weekend.

Firefly is about space cowboys, which should be enough information to make you want to tune in immediately. Set 500 years into the future, the show follows the adventures of the renegade crew on board the transport ship Serenity as they embark on all sorts of exciting galactic missions.

Starring Nathan Fillion, Firefly was created by the one and only Joss Whedon, but only lasted for 14 episodes. However, those were enough to ensure the series a loyal following, so Firefly quickly became a beloved cult show whose early demise will be mourned until space cowboys actually become a thing. Different and daring, the series still feels fresh 16 years after its debut, so you should definitely tune in to see what all the fuss is about.

Terriers follows an ex-cop as he partners with his best friend in an unlicensed private investigation business. Over the course of 13 pitch-perfect episodes, the show seamlessly switches between a variety of tones, which makes it pretty hard to describe. It’s a dark cop show, but it’s also a buddy cop comedy, with zippy dialogue and charming characters. Oh, and it does feature a dog, but it’s not integral to the plot or anything. The title is actually a metaphor for … something? We don’t know. But we know it’s good and that it deserved so much more than only one season.

The Grinder centers on a popular TV lawyer who decides to relocate back home and work alongside his younger brother at the family law firm. Rob Lowe’s charm is the stuff of legends, so we won’t bore you by gushing about his performance in this short-lived sitcom. Instead, we’re going to rave about his chemistry with Fred Savage, which is what turned The Grinder into comedy gold.

Lowe and Savage form a delightfully odd couple, as each has their own personal approach to the law. Moreover, the show tackles all the clichés of lawyer shows in an original manner, which makes for delightfully entertaining television. At 22 episodes, The Grinder is the perfect binge to indulge in after a stressful week. It will put a smile on your face in no time.

It can be challenging to make a comedy about military life, especially since M*A*S*H* already set a high bar for the genre. But as Enlisted proved, it’s not impossible. The show follows a ragtag platoon of soldiers serving in a rear-detachment unit in Florida. Three of them are brothers, all with completely different personalities, so you can see how things are unlikely to go smoothly when they clash. Despite only airing 13 episodes, Enlisted is clever and warm, practically bursting with unfulfilled potential. The show can get a bit silly at times, but its honest playfulness more than makes up for it. You’ll be in for a treat.

Terra Nova starts in the future when an overdeveloped and polluted Earth is dying. As a result, the Shannon family travels back to Earth’s prehistoric past to start a new civilization. The series can be a lot to keep up with at first, but it creates a fascinating world thanks to stunning visuals and smart storytelling. Also, dinosaurs. As long as you can suspend just enough disbelief, Terra Nova will prove a fantastic adventure, with just the perfect amount of family drama on the side. Too bad it only produced 13 episodes.

Set in the future, Almost Human takes place in a world where crime rates are at an all-time high. To keep up, the police force is pairing off human officers with lifelike combat-model androids. This may not be the smartest entry on our list, but it’s a blast nonetheless, boasting plenty of humor and action to satisfy even the toughest sci-fi fan.

The show is a fresh twist on the buddy cop genre and offers just enough emotion and intrigue to elevate the premise, as Almost Human isn’t just the show’s name ⁠— it’s an overarching theme for the series. With 13 episodes available, you’ll be thoroughly entertained.

Similar to Trophy Wife and Terriers, Selfie has a terrible title. However, the amazing cast and brilliant humor are no joke. The series is loosely based on the musical My Fair Lady and follows a woman who is popular on social media, but struggles to make friends in real life. As a result, she turns to a marketing genius for tutelage.

The show looks shallow at first glance, especially since it revolves a lot around social media. However, if you’re willing to dig deeper as the 13 episodes go by, it’s also a sweet rom-com that will make you re-evaluate the role social networks play in real life. Plus, the chemistry between the two leads is perfection, so you’ll be rooting for them in no time.

A spinoff of the blockbuster movie of the same name, Limitless revolves around Brian, who possesses extraordinary cognitive powers thanks to the mysterious drug NZT. Not to waste his potential, he works with the FBI to help solve complex cases, in typical procedural fashion.

The show managed to air 22 episodes, which is just enough ⁠— otherwise, the premise would have started to feel tiresome. It’s fun and twisty, so it’s the perfect series to binge when you want to give your brain a break from all that prestige television. As an added bonus, Brian is portrayed by Jake McDorman, whose effortless charisma alone is reason enough to stay glued to the screen.

If you’ve got a long weekend ahead of you, a one-season show is the perfect way to fill it. But if you’re looking for something that’ll stretch on a little longer, compare streaming services to find the one with your favorite shows.

Hulu Reveals its 2020 Programming Lineup The Lord of the Rings on Amazon Prime: Everything we know so far