Finding the best options for prepaid SIM cards in Palestine 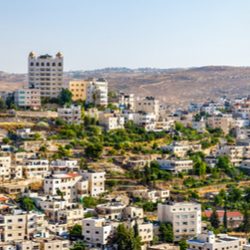 The birthplace of both Christianity and Judaism, Palestine is viewed as one of the most sacred places on Earth by millions. However, the tense relationship between Israelis and Palestinians continues to influence many economic and technological issues.

If you’re traveling to Palestine, be aware that local networks are operating only at 2G. It’s possible to get coverage in some areas from Israeli providers, but coverage is unreliable and in some areas appears not to exist at all. Palestine is one of the countries where a local prepaid SIM card might not be your most advisable option for the best rates on data, texts and calls. However, you can get a starter pack with 1GB of data, good for 30 days, for ILS78 (US$22.14).

Residents of Palestine have endured a long, frustrating road in pursuit of higher network speeds. Israel has control of the technology necessary and has yet to share it, despite numerous legal steps. Most analysts concur that this lack of progress is political in nature. In April of 2016, Israel signed a deal with the Palestinian Ministry of Telecommunications and Information Technology to bring 3G to the West Bank. As of October 2017, the network still does not exist.

There are two mobile operators to choose from in Palestine:

We’ve provided some details of each below to help you compare them.

Jawwal is locally owned and overwhelmingly the market leader with 80% of the market and 2.5 million customers. Jawwal’s starter pack costs ILS29 and comes with a ILS1 credit. The starter packs are available in 29 stores across the country. Recharges are much more prevalent – available at some 10,000 sales outlets.

Without one of these bundles, data costs ILS4.51 per MB.

To subscribe or cancel, dial *340# and follow the instructions. There is an additional 16% VAT tax on all packages. If you run out of data before the validity period ends, you will be charged ILS1 per MB until the term expires. If you buy a package and don’t use the Internet during that timeframe, you will not be allowed to purchase the same package again.

Wataniya Mobile is based in Kuwait and owned by Qatar’s Ooredoo Group. Its range is extremely limited – parts of the West Bank but not the Gaza Strip. It has been in business since 2009. Its starter pack costs ILS20 with a ILS1 credit for 30 days. There are two data rates:

Advice from TripAdvisor about SIM cards in Palestine

TripAdvisor is well known for its hotel and attraction reviews, but it has forums dedicated just to SIM cards and telco networks as well. Here’s some advice from recent visitors to Palestine.

“You can purchase a SIM card from Jawwal (the name of the Palestinian cell network) shops and these are all over town – just ask! The colors of the shop are bright green, so not too hard to spot! The sim card is ILS30 plus whatever credit you decide to add. Each SIM card has a designated phone number, so once you put your Jawwal SIM in, you’ll have a Palestinian number until you put your US SIM back in again.”

“If you are also planning to travel to Israel, you may want to consider an Israeli SIM. The Palestinian one won’t work in Israel but the Israeli one will work in the PA autonomous zone.”

“Israeli SIM cards tend not to work in areas of the West Bank that are not near Jewish settlements, and Palestinian SIM cards do not work in Israel whatsoever. So if you need to stay “connected” in both places, I suggest you buy two SIM cards. As far as the West Bank goes, Jawwal and Wataniya phone shops are all over the place and you can pick up a SIM card there and then load on the credit you’ll need.”

An additional question about SIM cards in Palestine

Q: What is the latest update on Palestine gaining access to networks above 2G?

A: In November 2015, Israel signed a deal to provide Jawwal and Wataniya with 20MHz of 3G frequencies. In April 2017, the Palestine Pulse published an article that 3G was coming to the Gaza Strip, but no progress has been made as of October 2017.