The best 360 cameras at a reasonable price

We’ve compared the latest 360 cameras on the market side-by-side.

With PlayStation, HTC, Oculus and Samsung on board, it’s fair to say that virtual reality (VR) headsets are the ‘next big thing’ in consumer tech. While we’re yet to see the full potential of VR, 360 cameras have been on the market for some time now and are readily available at a fair price.

We’ve taken a look at the top consumer-friendly 360 cameras available for purchase and compared them side-by-side. 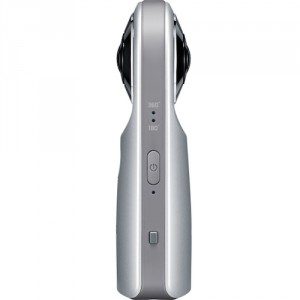 Announced back in February at Mobile World Congress 2016, the LG 360 camera is now available for purchase worldwide. While the lack of a swappable battery may deter some, the LG 360’s slim design and 4GB internal storage make it the perfect 360 travel companion. 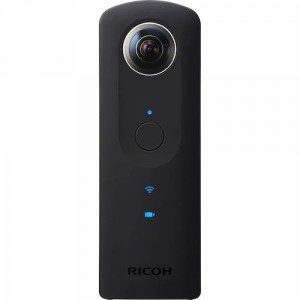 The Ricoh Theta S inspired the LG 360’s look but appears arguably fancier with its matte black finish and slimmer build. Looks are about all it has going for it though. For a much more expensive device, the Theta S is surprisingly disappointing. Though the 8GB internal memory trumps LG’s newcomer, the lack of expandable memory is a huge loss and like the LG 360, the Theta S also doesn’t have a replaceable battery. 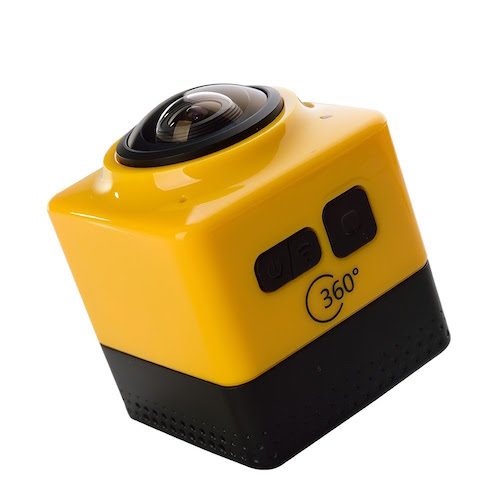 The Cube 360 looks at worst like a Happy Meal toy and at best similar to something you pick up for a steal at ALDI. Though, at less than $100, you’d be kidding yourself to expect anything more. To its credit, the Cube 360 claims to give you 180 minutes of recording time, which is more than most high-end cameras can say. However, its claim to 190 degree field of view is questionable at best. The Cube 360’s own website showcases a video with the most horrendous POV ever shot. 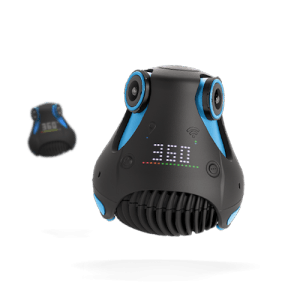 By the time the Kickstarter for Giroptic’s 360cam finished, the campaign had successfully raised roughly $1.4 million for the consumer-friendly cam. Now, two years on, consumers can finally get their hands on it. The 2K (2048 x 1024) camera is waterproof and is compatible with a variety of unique attachments – one of which allows you to screw the camera into a light bulb socket. Currently, the only way Australians can get their hands on a Giroptic 360cam is to purchase through the official website. It’s retailing at USD$499. 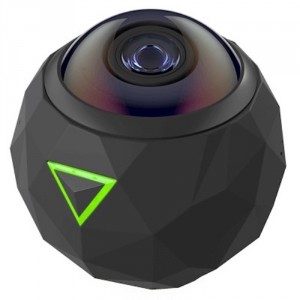 The 360fly is possibly the most widely known 360 camera. Not only thanks to widespread retail availability but also its compact design, user-friendly controls, and resistance to rain, dust and sand. This rugged little device can live-stream video to your iOS or Android device and even comes with its own proprietary editing tools for smartphones and tablets. The 360fly app lets you adjust brightness, exposure and saturation, and shoot timelapse and traditional wide angle footage. The Bublcam is a fairly well-known entrant in the 360 race, but is also one of the more disappointing options. Aside from multiple horror stories from Kickstarter backers involving delivery and a general disappointment in the final product, the Bublcam’s poor stitching does it no favours when stacked up against the competition and while you can go full HD with this one, you’ll be sacrificing frame rate if you choose to do so. To top it off, this cam comes with a USD$799 price tag.