Can I add my Barclaycard credit card to Apple Pay?

Pay with your iPhone, iPad or Apple Watch at participating locations. 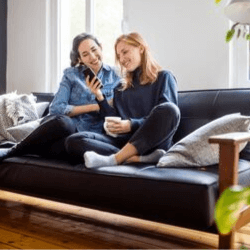 If you own an iOS device, adding your Barclaycard credit card to Apple Pay will let you pay at participating stores such as KFC, McDonald’s, Nike and Apple Store. All you have to do is tap your iPhone or Apple Watch on the cashier’s terminal — however, not every store accepts Apple Pay.

How to set up Barclaycard credit card for Apple Pay

Depending on the device, the process may slightly vary. In general, here’s how to do it:

Note: Sometimes a verification process may be required. Follow the steps provided to you to verify your credit card account.

How does my Barclaycard credit card work with Apple Pay?

As soon as you add your Barclaycard credit card to Apple Pay, it’ll be stored as a virtual card on your iOS device. Apple Pay uses this as a security and privacy feature to share as little information as possible with the merchants and with the Apple servers.

To pay for your purchases at checkout, unlock your iPhone with a fingerprint ID and move its top closer to the sales terminal. If you use face ID or an Apple Watch, tap the side button twice and unlock your iPhone by scanning your face.

The Apple Watch doesn’t require face ID. As a final step, bring your iPhone or Apple Watch closer to the terminal.

Benefits of using your Barclaycard credit card for Apple Pay

When you add your Barclaycard credit card to Apple Pay, you can:

If you’re looking to buy a new iPhone or a MacBook, consider applying for the Barclaycard Financing Visa® card. This card lets you buy Apple devices and pay them off between six and 18 months without interest if paid in full during the promotional period. Keep in mind, if you fail to pay off your balance during the promotional period, you’ll pay interest for the entire period.

Consider applying for a Barclaycard credit card to add it to Apple Pay if you don’t have one already.

iPhone, iPad or Apple Watch users can benefit by adding their Barclaycard credit card to Apple Pay to simplify some financial transactions at participating locations in-store or online. In addition, you can send money to friends and family by tapping the Apple Pay icon on the messenger app.

But if you don’t think a Barclaycard credit card will be a good addition to your wallet, compare other credit cards until you find the right credit card for your needs.