Little America on Apple TV+: Should you watch the critically acclaimed show?

This Apple TV+ series paints a broad — and hopeful — picture of the American immigrant experience. 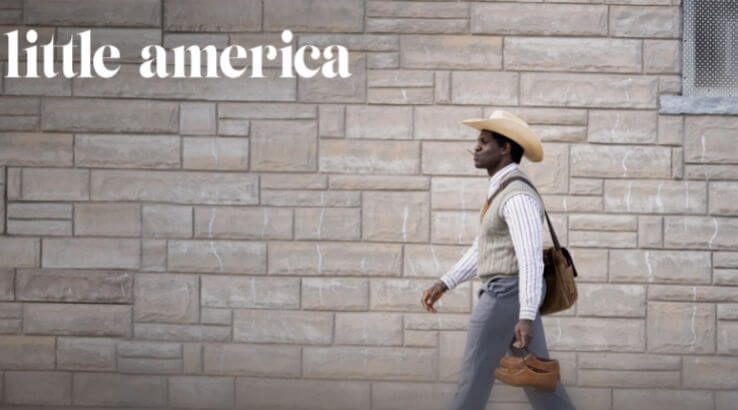 Ever since its launch in November 2019, streaming service Apple TV+ aimed to focus on quality rather than quantity. The platform seems less interested in building a huge library of shows and movies. Instead, it wants to curate content for prestige TV enthusiasts and deliver titles “from today’s most imaginative storytellers.”

Yet, most of the content in the Apple TV+ library received initially mixed reviews from critics. And despite scoring Apple TV+ its first awards nomination as its flagship program, The Morning Show received lackluster enthusiasm at best.

With Little America the service’s luck seems to change. The anthology series is enjoying a lot of hype, earning praise left and right thanks to its heartwarming content and deeply human stories.

But is it for you? Let’s figure it out.

When is Little America coming out?

All eight episodes from the first season of Little America are now streaming on Apple TV+. The series has already been renewed for a second season.

What is Little America about?

Little America is an anthology series, so the episodes and their characters aren’t related. Instead, each focuses on a different plot and boasts a different cast. That being said, all episodes revolve around the same theme of immigration.

Inspired by true accounts featured in Epic Magazine, every episode of Little America delivers an inspiring, funny, surprising or heartfelt story that involves an immigrant in the United States. For instance, one episode is about a young boy who is left to run the family’s motel after his parents are deported. Another one follows a Nigerian man attempting to fit into the cowboy culture of 1980s Oklahoma.

You get the idea.

Who stars in Little America?

The series follows eight different immigrants in America, each with their own supporting players. As a result, the cast is a mix of newcomers, character actors and a couple of stars to score some authenticity — which actually works in the show’s favor.

Little America: Is it any good?

Yes. The show was received with universal acclaim from critics, with fans from all over the world praising it as well. It currently has a 100% (!) score on Rotten Tomatoes.

What makes the series so praise-worthy is that it has no agenda. It isn’t political. It aims to tell human stories and it does so with empathy and honesty.

Although the stories vary in scope, they’re all moving, well-acted and thoughtful. The fact that they’re inspired by true events is the cherry on top.

Each episode revolving around another character is a plus, as it gives Little America a chance to explore different immigration experiences —and it does so beautifully, with cultural nuance and a hopeful tone.

If all this doesn’t convince you, the behind-the-scenes talent should. Little America originates from Emmy Award-nominated Lee Eisenberg (The Office), Academy Award nominees Kumail Nanjiani and Emily V. Gordon (The Big Sick), Emmy Award winner Alan Yang (Master of None) and Epic Magazine.

Streaming service Apple TV+ offers a variety of series and movies for $4.99/month. New users get a free one-week trial.

Popular content on the platform includes quirky series Dickinson and chilling show Servant. The streamer also has a lot of exciting titles currently in development. If you’re interested in learning more about Apple TV+, you can check out our review for the service or explore other options for your streaming needs.

The Lord of the Rings on Amazon Prime: Everything we know so far Spenser Confidential on Netflix: Trailer, release date, preview