According to Apple’s hype, AirPods are wireless, effortless and magical, which sounds impressive — at least in theory.

Upsides: Why you’d want a pair of AirPods

Downsides: Why you might not want a pair of AirPods

Who is it best suited for?

Apple’s AirPods are a perfect example of its ongoing love affair with design over just about everything else, which has both its appeal and its rather obvious drawbacks. They’re best suited if you’re already heavily within the Apple ecosystem given the quick pairing with iOS and macOS Sierra devices and you like the rather obvious design style. Maybe Apple can overcome the general social stigma associated with Bluetooth headsets in a short span of time, but right now you’re likely to feel rather conspicuous wearing them. 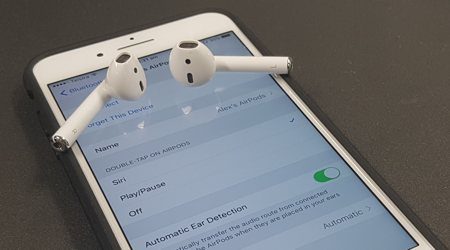 Apple’s hype wants to suggest that they’re wireless, effortless and magical. They’re certainly wireless, but the lack of on-device controls beyond the double tap for either Siri or Play/Pause (but not both) means that they’re far from effortless — and they’re only magical if you’ve never seen a set of Bluetooth headphones before.

What are my other alternatives?

Everyone is jostling for wireless audio supremacy right now, so your choices are quite wide. If you’re looking for great wireless earbuds, consider Samsung’s Gear IconX buds or Jabra’s Elite Sport buds. If you want to keep things within the Apple family, you could opt for a pair of Beats Solo3 headphones which share the same W1 wireless chips as the AirPods.

Where can I get them?

Apple’s AirPods are sold through Apple’s retail stores and online, and at Best Buy for $159.99.

If you’re an Apple aficionado, a pair of AirPods might be the perfect thing to complete your tech set — and you won’t be disappointed by the audio quality. But if you’re looking for the best wireless earbuds, regardless of brand, several competitors have Apple beat.