Annulment vs. divorce: What’s the difference?

One erases the marriage as if it never happened, while the other ends it. 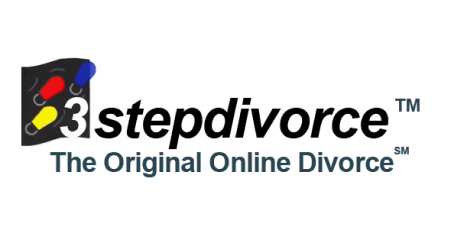 Annulments and divorces have the same end result — change your status to single and you’re free to remarry. But they have different legal implications, and you’ll need to provide proof of specific circumstances. While annulments aren’t necessarily faster or cheaper than a divorce, they have a few distinct advantages.

What is an annulment?

How much does an annulment cost?

An annulment can cost anywhere from $150 to $5,000 — not including your state filing fee, which varies from county to county and averages around $300. How much you ultimately pay depends on a few factors, including whether your spouse contests the annulment and if you hire a lawyer.

How long after getting married can I get an annulment?

Some states impose time limits for when you can legally request an annulment. For example, California’s annulment window is limited to four years on most grounds for annulment. Other states, such as Alabama, have no time limits.

Do I need to hire a lawyer to get an annulment?

No, you don’t need to hire a lawyer. You can use an online legal service or fill out the required legal documents yourself and submit the forms to your local county clerk.

But you’ll need to prove that you meet at least one of the grounds for annulment. Consider consulting a lawyer if you need help demonstrating that you have a legal reason for the annulment.

Annulment vs. divorce: How do they compare?

An annulment declares that the marriage was never legal or valid in the first place, whereas a divorce ends the marriage. The key difference is what happens after. If you’re divorced, you’ve been previously married. But if you’ve had an annulment, the marriage never existed.

To get an annulment, you must prove that you have a legal reason for it. On the other hand, most states allow for a no-fault divorce that doesn’t require proof of wrongdoing.

Here are some key differences between the two:

You can hire an online service to help you with the legal forms for your divorce or annulment.

What are the grounds for annulment?

Advantages of getting an annulment

Here are a few good arguments for getting an annulment instead of a divorce:

What’s the difference between an annulment and legal separation?

An annulment legally voids a marriage and generally restores your single status from before the union. With a legal separation, you remain married to your spouse, although you live separate lives. A separation agreement lays out your responsibilities and division of assets and debts.

Getting an annulment is only possible if you meet your state’s strict guidelines to qualify. There’s no waiting period, but it’s not necessarily cheaper or faster than a divorce — especially if your spouse contests it.

And since annulments rely on a burden of proof, it might be easier to terminate the marriage with a divorce. Take a look at our guide to divorce to learn about its legal implications to decide if it’s right for you.

What is divorce mediation? How long does a divorce take?