Prepare for a binge session with these 15 flicks.

Amazon Prime Video has one of the most expansive libraries of any streaming service. With a wide selection of movies included in your subscription and even more available to rent on the platform, you won’t get bored. 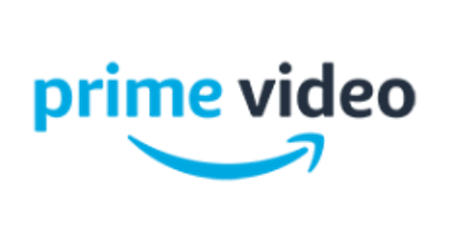 Stream our list of best movies on Amazon Prime Video.

Here are the best movies we’ve found so far.

The plot of Knives Out is fairly straightforward — a detective investigates the death of the patriarch of an eccentric family. What’s interesting is that literally everyone in the wildly dysfunctional family is a suspect. It’s up to the detective and the viewers to comb through the lies and red herrings in order to get to the truth. Add a stellar ensemble cast into the mix and you’ve got yourself a hit.

Intriguing and suspenseful, Knives Out manages to pay homage to classic locked-room murder mysteries while also breathing fresh life into the genre. You’ll have a whole lot of fun with this one.

The Farewell is a bittersweet tragicomedy about a family that returns to China under the guise of a fake wedding to stealthily say goodbye to their beloved matriarch. However, they decide to keep the matriarch in the dark, so she’s the only one who doesn’t know that she only has a few weeks left to live.

If you’re a fan of complicated family dynamics, The Farewell is an absolute delight. It will make you laugh and cry, managing to perfectly encapsulate both the wonder and ridiculousness of families.

One of the most hyped horror flicks to come out in 2019, Midsommar follows a couple who travels to Sweden to visit a rural hometown’s fabled midsummer festival. However, the festivities quickly devolve into an increasingly violent and bizarre competition at the hands of a pagan cult.

Midsommar features incredible cinematography and a tremendous performance from Florence Pugh. More than that, it’s just the right kind of unsettling. Get ready to spend most of the movie’s runtime on the edge of your seat.

Late Night centers on an acclaimed late-night show host who is forced to hire a female writer due to her decline in popularity. There’s plenty that divides the two women, but they’re both interested in writing timely jokes, which might eventually work in both their favor.

At its core a female buddy film, Late Night is relaxing and well-written, with an appealing cast and plenty of lough-out-loud jokes. At the same time, the movie isn’t afraid to approach deeper topics — and it does so with emotion and wit. Watch it when you need a little pick-me-up.

After completing his studies, Reginald begins to perform rock music at local pubs. Later, he meets a music manager who helps him rise to fame, but also brings plenty of chaos into his life. The rest, as they say, is history.

A biographical movie based on the life of Elton John, Rocketman boasts a fantastic performance from Taron Egerton in the lead role. It manages to beautifully capture the highs and lows of artistic life, while also giving some insight into the musician’s exceptional journey. Whether you’re a fan or not, this is a must-watch.

In 1862, headstrong scientist James Glaisher and wealthy young widow Amelia Wren mount a balloon expedition to fly higher than anyone in history. But as their chances of survival become slim, the two start to discover things about themselves that will help both of them find their place in the world.

The Aeronauts is a thrilling adventure from beginning to end, greatly benefiting from the amazing chemistry between the two leads, who also starred together in the universally beloved The Theory of Everything. The special effects are well-done, creating some memorable visuals.

The Report chronicles the real investigation into the CIA’s use of torture on suspected terrorists in the aftermath of the 9/11 attack. The movie centers on Daniel J. Jones, who works under a senator and is tasked with running the investigation. He compiles a massive report about his findings, but discovers that the CIA isn’t particularly keen on bringing his discoveries to the public’s attention.

Here’s the deal: The Report is mostly about people in suits staring at computers. Yet, the movie manages to be clever and tense, keeping viewers glued to the screen, eager to find out what happens next. Plus, the cast is A+, with Adam Driver in particular shining in the lead role.

Inspiring and often hilarious, Brittany Runs a Marathon follows a hard-partying woman who receives worrisome news during a doctor’s appointment. As a result, she gets motivated to lose weight and decides to compete in the New York City Marathon.

The premise of the movie can seem overdone — after all, it follows someone who is struggling to overcome the odds and achieve success. But Brittany Runs a Marathon is like a breath of fresh air, especially because Brittany isn’t always a likeable character. Yet, she’s so compelling and relatable that you’ll want her to succeed.

Based on true events, The Big Sick chronicles the love story between Pakistan-born comedian Kumail Nanjiani and grad student Emily Gardner, who fall for each other but struggle as their cultures clash. When Emily contracts a mysterious illness that leaves her in a coma, Kumail is forced to face her feisty parents and his own family’s expectations — confrontations that eventually help him come to terms with his true feelings.

Heartfelt, clever and funny, the movie is everything a good romantic comedy needs to be. You’ll laugh, you’ll cry and you’ll root for these two (very real) characters to find their way back to each other. Tune in to see if they succeed.

The movie is a slow burn, lush and seductive. It also has an offbeat sense of humor and plenty of twists, so expect to be glued to the screen.

Eighth Grade enjoyed plenty of buzz and acclaim when it came out in 2018, and for good reason. The movie centers on 13-year-old Kayla, who endures the tidal wave of contemporary suburban adolescence as she makes her way through the last week of middle school, ending a school year that, so far, has been a disaster.

Realistic, funny and very empathetic, Eighth Grade does a great job at showing the typical troubles associated with puberty. However, despite approaching themes like social media, the movie also has a timeless feel ⁠— so much so that any viewer, regardless of when they grew up, can resonate with the main character. The movie may draw you in with a promise of nostalgia and laughs, but the narrative is much more complex. You should let it surprise you.

Suspiria revolves around a world-renowned dance company whose female directors are accused of witchcraft. At the same time, an inquisitive psychotherapist and a member of the troupe uncover dark and sinister secrets as they probe the depths of the studio’s hidden underground chambers.

Bonkers and ambitious, this horrific flick is not recommended for the faint of heart. Everyone else, buckle up for a wild ride. Suspiria is inspired by the 1977 Italian film of the same title directed by Dario Argento, which quickly gained cult status. We’re guessing this one will follow in its footsteps in no time.

Beautiful Boy centers on Nic, a teenager who seems to have it all ⁠— including talent, good grades and a knack for several extracurricular activities. But when Nic’s addiction to meth threatens to destroy everything, it will come down to his father to do whatever it takes to save his son and family.

Timothée Chalamet and Steve Carell both deliver mesmerizing performances in this inspiring tale of addiction, survival, recovery and relapse. Beautiful Boy is often devastating, but it’s a fascinating and important movie as it doesn’t glamorize drug use. Instead, it perfectly captures addiction in its most destructive form.

For the past 25 years, photographer and filmmaker Lauren Greenfield has traveled the world, documenting a vast range of cultural movements and moments. Yet, she realized that much of her work pointed at one uniting phenomenon: wealth culture. That’s what this documentary is all about ⁠— it examines materialism, celebrity culture and social status.

Greenfield forces viewers to examine the current culture of wealth and understand that humanity should strive for balance ⁠— and she does so by showing, not telling, which makes this whole endeavor even more compelling. All in all, Generation Wealth might be a tad bleak, but it’s very thought-provoking.

After being diagnosed with ALS (amyotrophic lateral sclerosis), formerly known as Lou Gehrig’s disease, New Orleans Saints football player Steve Gleason decides to put up the best fight possible and record a series of video journals for his unborn son. When the battle starts to look insurmountable, the plan shifts to submitting this footage to charity to raise awareness about this disease as the film documents Gleason’s slow deterioration over the course of a five-year period.

Equal parts inspirational, heartbreaking and brutally candid, Gleason runs the full gamut of human emotions. This is a front row seat to a man moving through the five stages of grief. Plus, the film juggles the themes of marital stress, religious conviction and even a bit of lighthearted toilet humor when the worst indignities of the disease kick in. It’s a tough watch but an important one, too ⁠— an unflinching portrayal of a person fighting back against incredible adversity.

Amazon Prime Video has plenty of movies included in the subscription to keep you entertained. But when you factor in the movies that are available to rent on the platform, there’s almost nothing you can’t stream.

If you’re looking for even more digital content or you just want to make sure you’re getting the best deal, compare streaming services.