There are almost 2,000 bitcoin ATMs in USA 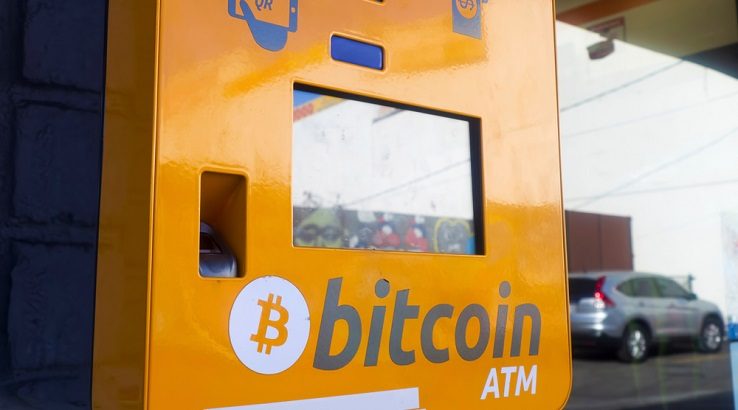 There are just shy of 2,000 bitcoin ATMs located across the United States, according to the latest statistics.

Figures published by Coin ATM Radar in May 2018 reveal that there are now 1,966 bitcoin Automated Teller Machines (ATMs) positioned throughout 43 different states and districts across the United States of America.

Top 10 US locations with the highest number of bitcoin ATMs

The stats show that bitcoin ATMs have been popping up globally at an alarming pace over the last 18 months.

At the beginning of 2017, there were just 1,000 machines located around the world. Less than 15 months later, this figure has tripled to 3,134 machines across 70 countries, comprising 437 operators and 31 producers.

In 2014, Coin ATM Radar released a forecast which anticipated that there would be approximately 2,900 bitcoin ATMs installed worldwide within seven years (by 2020). This figure was reached two and a half years early.

The bitcoin ATM industry has matured a lot over the last year. Growing prices during 2017 brought a lot of new users into the cryptocurrency sphere, which was a stimulus for growth of service providers to obtain their first bitcoins or other altcoins. Buying it for cash with the help of bitcoin ATMs is one of the easiest ways. The industry saw a rapid increase in installations from top operators, which allowed them to significantly increase their networks of machines further.

Coin ATM Radar on growth of the bitcoin ATM industry 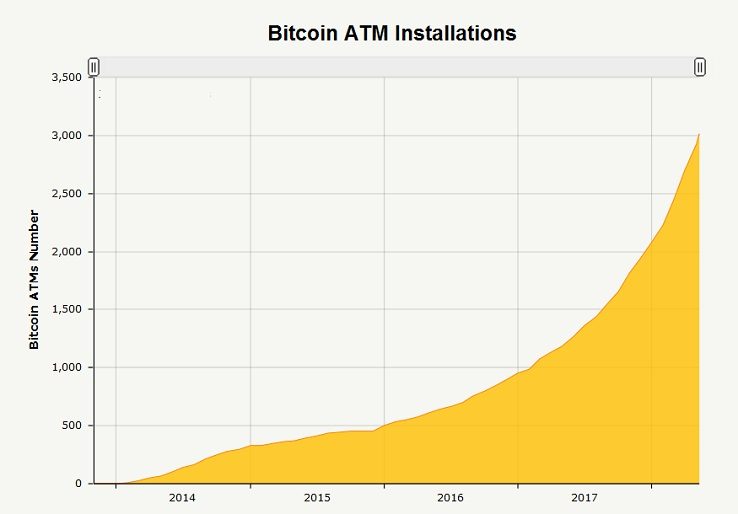 The 20 new machines stationed in the nation’s capital were introduced after bitcoin users and local merchants voiced demand for additional convenience. Throughout the first quarter of 2018, Coinsource has launched 10 machines in Rhode Island, New Hampshire and Massachusetts, plus eight new machines in Denver, Colorado.

Coinsource claims to be the largest bitcoin ATM network in the world.