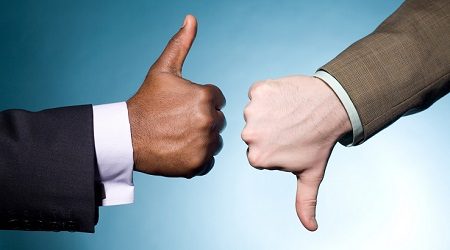 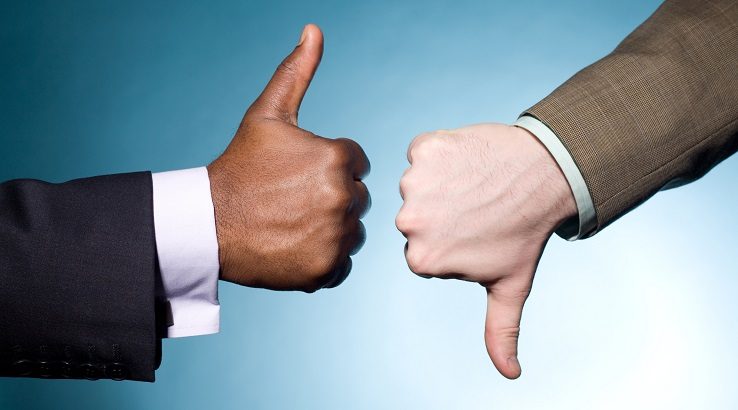 Research finds that black borrowers are still more likely to be denied for mortgages and business loans, despite it being 2020.

For many Americans, the banking industry has made it easier to obtain their dreams. In March 2019, big bank approval of small business loans hit an all-time high of 27.3%. In the second quarter of 2019, the nation’s mortgage balance equaled $9.4 trillion, a record amount. More Americans than ever are not just applying for mortgages, but are receiving them.

A record-breaking run of economic growth and stock market prosperity has largely made the Great Recession an episode in the past for the banks. Credit is readily available, defaults are low and it is a good time to go into business with the banks … for most Americans.

For some, however, racial banking discrimination remains a fact of life, more than 50 years since the passage of Titles VIII and IX of the Civil Rights Act — also known as the Fair Housing Act — and 45 years after the passage of the Equal Credit Opportunity Act, which bans race-based banking discrimination. Increasingly, banks are denying loan and mortgage applications for black applicants at a faster rate than they are for equally qualified white applicants.

According to the Federal Reserve, the bank approval rate for black-owned businesses represents the problem. “While black-owned firms were the most likely to have applied for bank financing, less than 47 percent of these applications were fully funded,” the Federal Reserve said in 2017 in an analysis of small business credit availability data from 2014. 2014 is the latest data available from the Fed on this topic. “This rate of failure to receive full financing is the highest among all categories by more than 10 percentage points.”

This banking disenfranchisement extends to the mortgage side of banking lending, too. In an analysis of 31 million Home Mortgage Disclosure Act records from 2015 and 2016, Reveal found significant racial disparities in mortgage approval rates in 61 metro areas across the US. These findings have drawn comparison to redlining, where — from the 1930s to 1966 — under the authority of the National Housing Act of 1934, the federal Home Owners’ Loan Corporation marked entire neighborhoods as “hazardous to bank lending” on maps that would be used by banks to determine lending eligibility. These neighborhoods were typically older inner-city neighborhoods that had a predominately black population.

Another analysis from the University of California Berkeley found that among black borrowers that are approved for mortgages, many end up paying higher interest and refinancing fees than that of white borrowers. When black borrowers, however, applied nonpersonally — such as through a bank app — the rates are still higher than white applicants, but lower than those that applied in person.

The realities of this disenfranchisement are startling. As there was less investment in black communities and black homeownership, the black community has been largely excluded from the wealth distribution that came with the nation’s economic growth. Per one measure, there are more than one in four households with zero or negative net worth, compared to one in 10 white families. Per another statistic, black median household wealth between 1983 and 2013 fell 75%, while white median household wealth increased 14% in the same time period. Yet another statistic finds that — if current trends continue — the median Black household wealth will hit zero by 2053.

While the banking industry does not dispute that racial disparities exist in bank lending, it stops short of calling it discrimination. The banking industry argues that many black applicants are ineligible for lending products due to high debt-to-income levels and lower credit scores.

This, in part, is due to the way credit scores are currently calculated; credit scores take into consideration existing lines of credit — such as existing credit cards, car loans, and mortgages — and one’s payment history with these types of credit. It typically ignores more common payments such as phone bills, utility bills, and rent. As African Americans are less likely to have lines of credit and as applying for credit in itself lowers one’s credit, many African Americans find themselves at a disadvantage.

Bias, however, is still an indisputable part of the challenge. Many black borrowers have found that — despite excellent credit — they may still be denied due to the bank having little confidence with the business model of the lender or the area the business will do business in. With the closing of neighborhood branches and the increased reliance on Internet banking, the Community Reinvestment Act — which was drafted to help undo the effects of redlining by compelling banks to invest in the neighborhoods they serve — may lose its bite, leaving banks free to further discriminate against certain communities and individuals.

This is yet another hurdle black entrepreneurs must face. “Let’s say, hypothetically, there’s no discrimination in the banking industry, we would still probably have disparate outcomes because the system itself hasn’t prepared us to utilize the banking system effectively,” Dell Gines, senior community development advisor with the Federal Reserve Bank of Kansas City, said to St. Louis Public Radio. “Then, when you layer on the levels of discrimination that research has showed … when you combine those two, that’s why you see these kind of disparate outcomes.”

There are options available, though, for black entrepreneurs seeking funding. Many communities have opened incubators and funding opportunities for minority-owned businesses, and many large cities have at least one minority-owned bank — although the number of these are shrinking. The fintech explosion, as well, has made it easier for black borrowers to borrow, as it removes person-to-person bias from the equation. Finally, a number of loans and grants are available through the Minority Business Development Agency and the Small Business Administration.