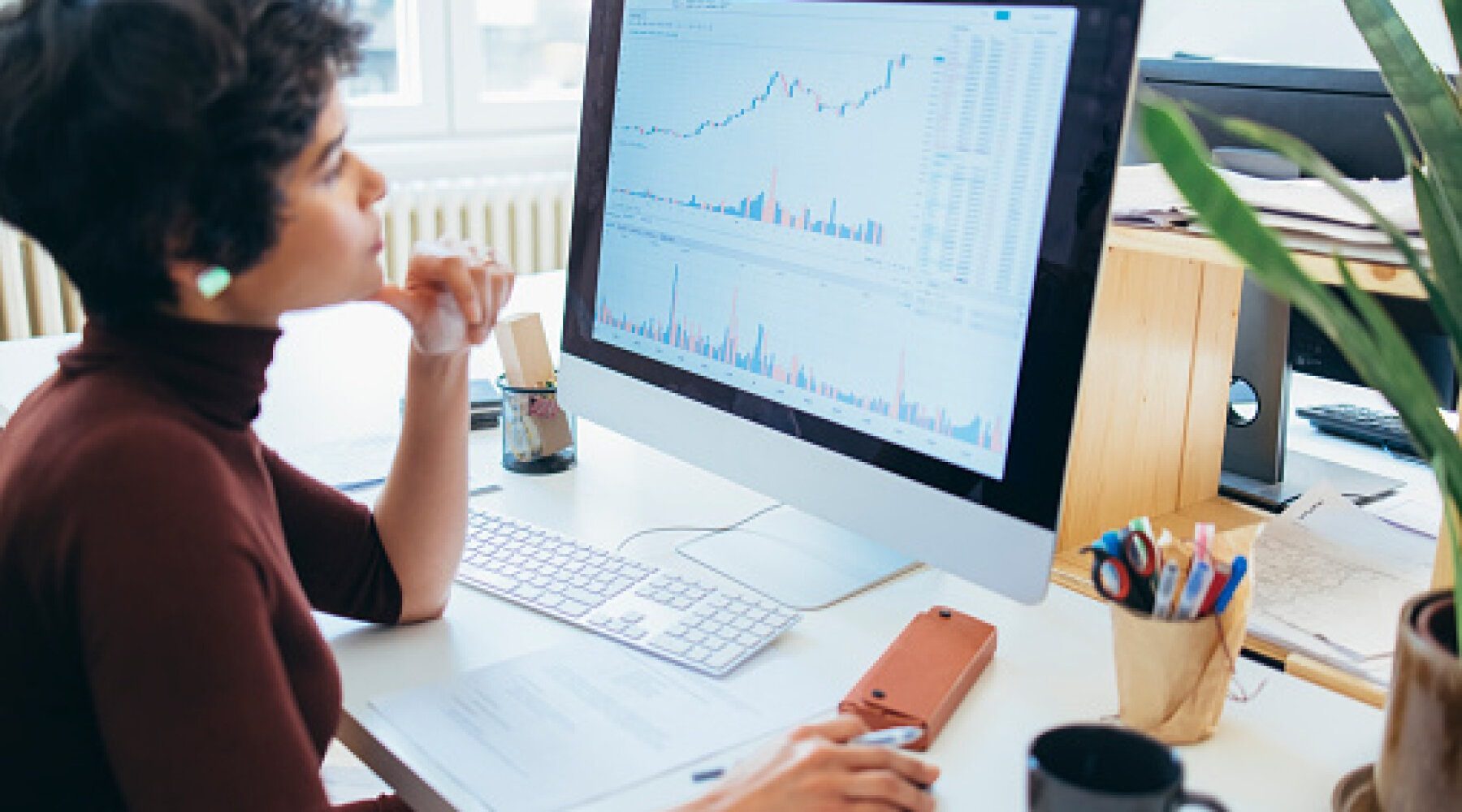 Home sales and new construction are off, sending homebuilder stocks lower ahead of next week’s housing market reports. Also, Bitcoin tests $20,000, and is the energy sector preparing for another leg up?

All S&P 500 sectors are down this week. Investors are feeling beleaguered, with sentiment near its most bearish level over the past year. This is normal for a bear market, and it’s likely to continue for some time.

But investors with long time horizons need to be patient and think about what to buy instead of what to sell. This market has created an opportunity to buy at a discount solid companies that have been unjustly beaten down.

Next week is a short one. Markets are closed Monday in observance of Juneteenth. But there’s still a lot taking place. Here are three things to watch in the stock market next week that could affect your portfolios.

This week’s Fed rate hike might be felt first in the housing market, where climbing mortgage rates and home prices are beginning to price out many potential homebuyers. The average rate for a 30-year fixed rate mortgage is at 5.78%, according to FreddieMac, its highest since 2008.

Existing home sales fell 2.4% in April, the third straight month of declines, all while home prices continued to go up. The median existing-home sales price increased to $391,200 in April, a year-over-year increase of 14.8%. This marks 122 consecutive months of year-over-year home price increases, the longest-running streak on record, according to the National Association of Realtors (NAR). The NAR will release its existing home sales report for May on Tuesday.

Climbing home prices, construction costs and sharply higher mortgage rates are forcing people to put off buying and building until the market settles. On Thursday, the Census Bureau reported that the number of houses on which new construction started plunged 14.4% in May.

The turning market is hitting homebuilder stocks hard. Toll Brothers (TOL), MDC Holdings (MDC) and Meritage Homes (MTH) are all down over 40% so far in 2022 and were recently struck with a wave of analyst downgrades.

Meanwhile, signs that the housing market is cooling off seem to be prompting more people to try and sell their homes while they can. According to Realtor.com’s most recent Monthly Housing Market Trends Report, more new home listings entered the market in May than any other month since June 2019.

On Friday, the US Census Bureau reports its monthly new home sales figure. Will the numbers show the housing market cooling off as quickly as it overheated?

It was just last month that Bitcoin (BTC) struggled to stay above $30,000, and investors waited eagerly to see which way it would turn. Now we know.

The price of the biggest cryptocurrency is now testing $20,000, and it’s not looking good. If stocks are bad, crypto is worse.

Crypto executives told Bloomberg that a drop in Bitcoin below $20,000 could trigger large liquidations of leveraged positions, which would put even greater pressure on the coin that’s lost more than half its value since the year’s start. Some executives said they wouldn’t be surprised if the price of Bitcoin fell to as low as $10,000 — a level the coin hasn’t seen since mid-2020.

The global crypto market cap shrunk below $1 trillion to $863 billion this week, wiping out approximately $2 trillion in value since its November 2021 peak.

3. Is the energy bull run ending, or is it just profit-taking?

The price of oil continued to accelerate to the downside Friday after it returned to near highs last week. The price of WTI Crude is down around 8% over the past five days, while Brent Crude has fallen 6%.

Investors are watching the price of oil not just as an indicator of a potential reversal in the energy space but also as a possible sign that the Fed’s actions to curb inflation are beginning to work.

The energy sector, which defied the broader market downturn for as long as it could, has fallen 20% in just seven trading sessions.

Among the oil stocks, here are some of the most notable drops from recent highs:

Michael Clarfeld, portfolio manager for ClearBridge Investments, told CNBC’s Kelly Evans and Tyler Mathisen on Friday that he thinks the drop in the energy sector could be partly due to profit-taking, seeing that energy has outperformed the broader market for the last six months at the least.

“Energy has seen a huge move up in the first half of the year, which was driven by fundamentals, which were in place before the war [in Ukraine],” Clarfeld said. “It’s not surprising there’s some profit-taking. We actually think the fundamentals remain pretty robust.”

If something is going to bounce next week, there’s a good chance it’ll be energy. The war in Ukraine is raging on, and inflation is reaching new levels. President Biden is calling on major US oil refiners to ramp up production, which means the White House thinks oil prices will remain elevated for longer.

So while oil prices and oil stocks dipped this week, these stocks might still have room to run.

“Longer term, what will drive the earnings and cash flow, and really returns of these companies, is that forward price, and we still see a very attractive forward price environment for both oil and gas.”

At the time of publication, Matt Miczulski owned BTC and shares of HAL, DVN, OXY and XOM.